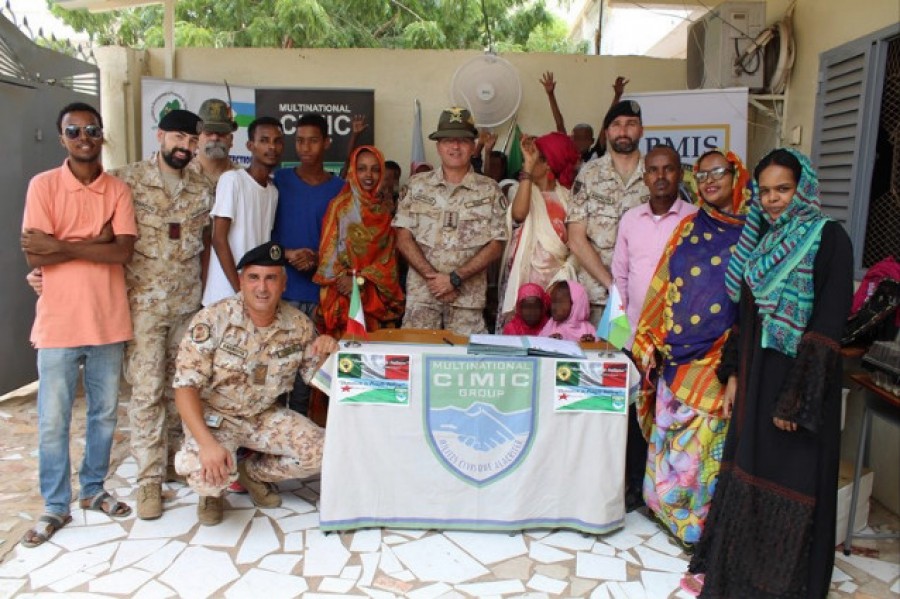 At the end of the last month, in Djibouti, in the presence of the Commander of BMIS, Col. Lorenzo Guani, the ceremony of donation of material for the constitution of two classes was held in the structure hosting the "Association de Développement et Protection de l'Enfant à Besoin "(ADPEB). The association, created in 2012, daily welcomes about 150 street children, aged between 3 and 17, provides them with a "primary" school education (lessons in mathematics, English geography, French and other subjects of primary education) and guarantees daily breakfast and lunch.

The activity planned and conducted by the specialists of the Cell of CIMIC (Military Civil Cooperation) from the Multinational CIMIC Group of the Army, is framed in support of the "Humanitarian Support" Area, sector - "Minorities / Vulnerable Groups". The recently concluded CIMIC project is part of a general development plan aimed at improving the living conditions of the part of the Djibouti population most in need of assistance. Specifically, Col. Guaini has delivered to the President of the Association, Mrs. Saada Mounin, a series of supplies that will make it easier for the children attending classes.

In fact, two new air conditioners will allow you to use a tent, used as a class, which until now had remained unused due to the very high local temperatures and the lack of an adequate cooling system. In addition, 30 new desks and chairs were delivered, as well as various school materials (rucksacks, cases, exercise books, notebooks, pens, pencils, colors, etc.). The President of the Association, Mrs. Saada Mounin, expressed deep gratitude for the initiative supported by the Italian military. The support received will allow children attending the facility to be able to follow the lessons more easily.

The Commander of the BMIS has emphasized that the conduct of such initiatives in favor of the children who occupy the structure is the result of a strong will to help that part of the weaker and needy population. Furthermore, Col. Guani has specified that the Italian Contingente's commitment will always be aimed at developing a series of civil-military cooperation initiatives in support of the local population. The ceremony ended with the delivery of the teaching material and with the final image of many children visibly happy for what they received as gift. 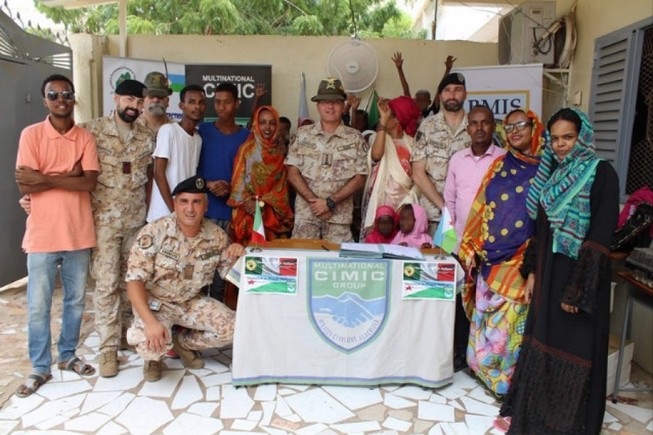 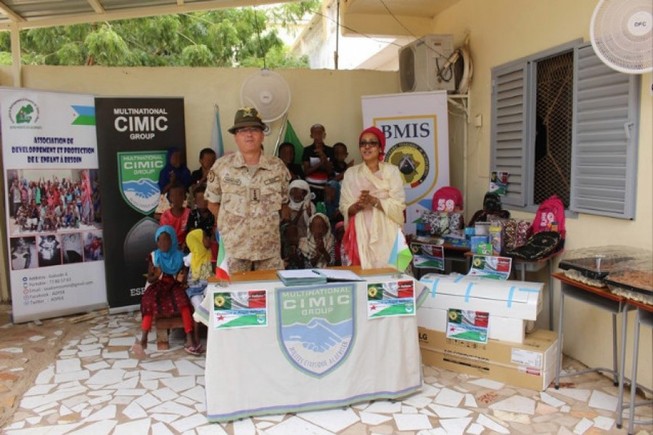 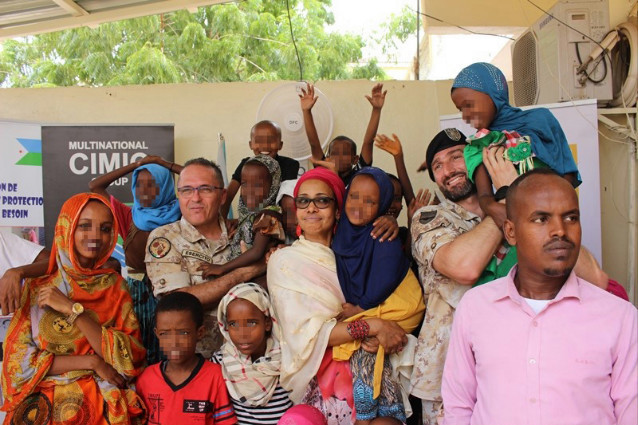 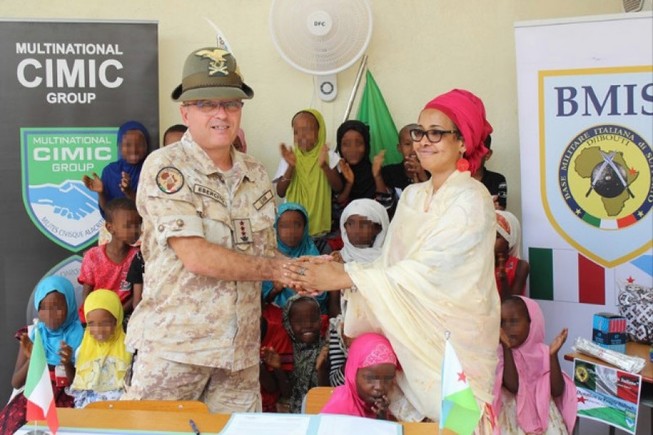 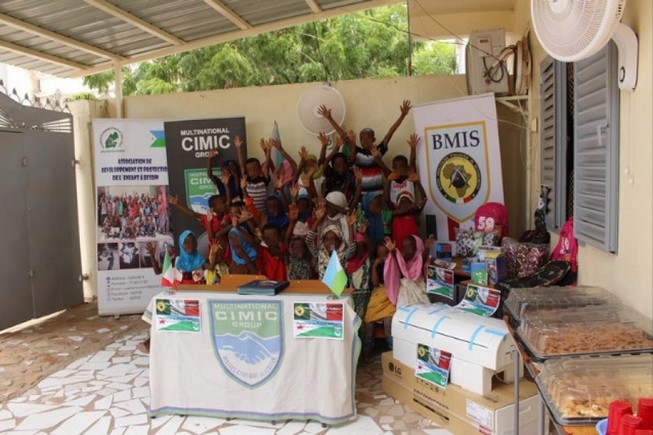 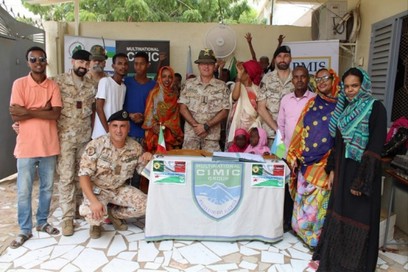 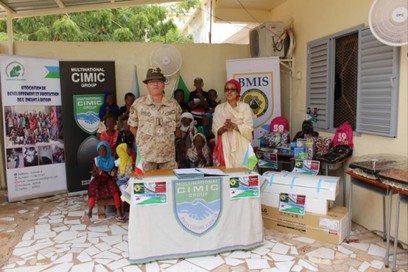 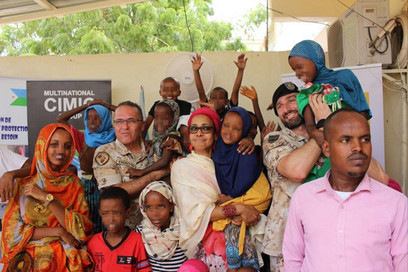 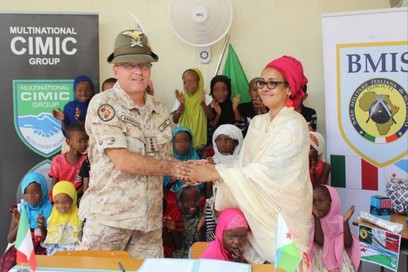 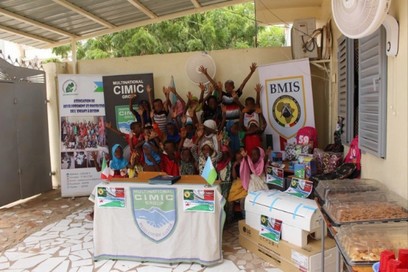