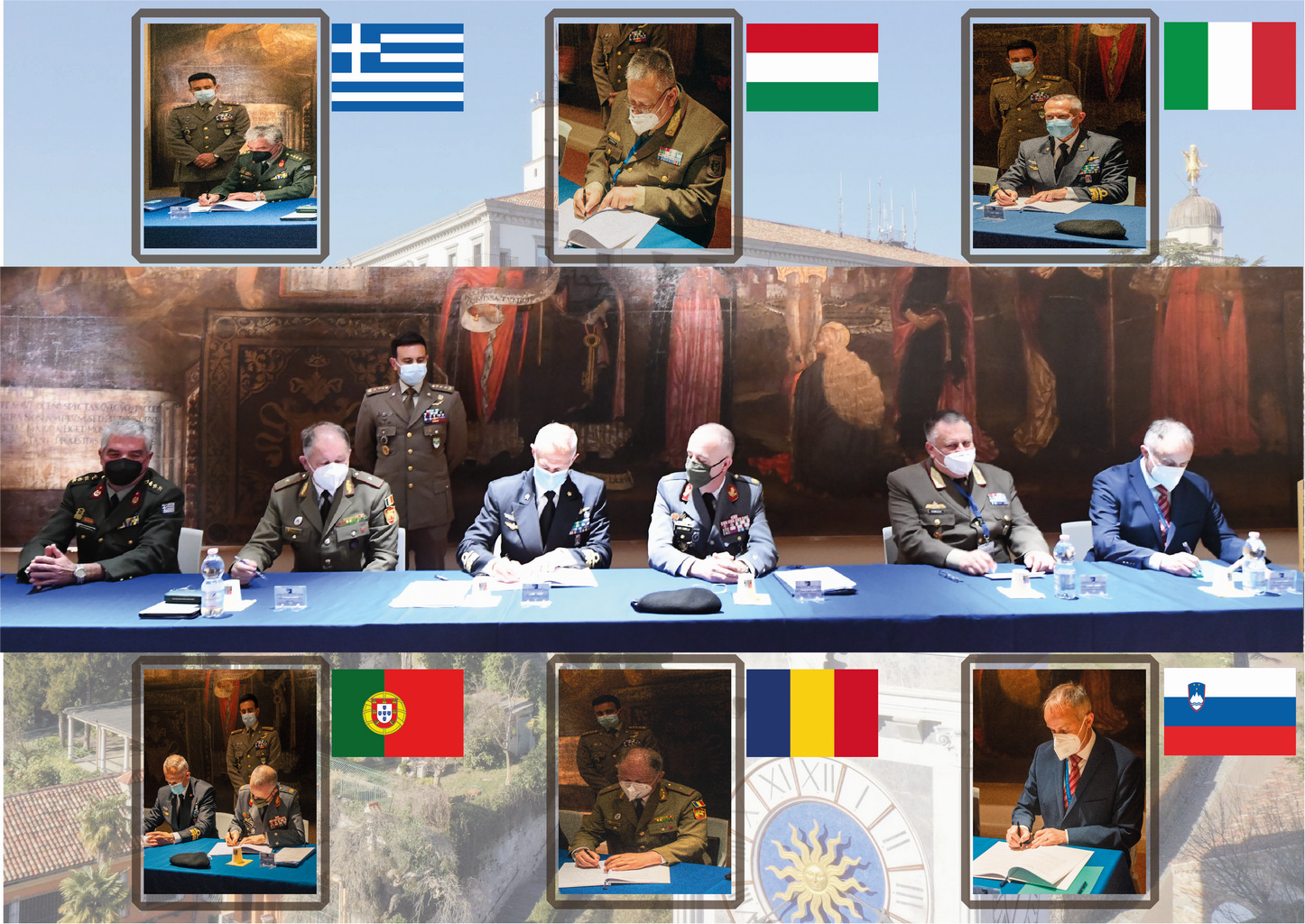 Signed the new Memorandum of Understanding by the 6 PNs representatives

Udine, March 24th, 2022
On March 24, 2022, the 37th edition of the international meeting called Coordinating Committee (CC), made up by the 6 Participating Nations (PNs) representatives of the Multinational CIMIC Group (MNCG) was held in the wonderful location of the Udine Castle. This edition had a fundamental importance in the context of the Atlantic Alliance and within the 6 Participating Nations framework. In fact, the aforementioned meeting was planned in order to renew the Memorandum of Understanding (MoU), which is the legal agreement, underlying the constitution of the unit specialized in civil-military cooperation, unique in the world for its use and mission.
The previous MoU was signed in 2002 and, thanks to the strong will of the contributing nations as well as the Commander of the MNCG, Colonel Mattia Zuzzi, the agreement was renewed in its objectives and in its legal bases which actually reaffirm unity of purposes among nations within NATO vision and MNCG Operational Concept.
The event, attended by high representatives of the 6 different Ministries of Defense, also sanctioned the passage of Chairmanship between Italy and Portugal, namely between the former President of the Committee, Rear Admiral Luca Conti, Deputy Head of the SMD Department III - Military Policy and Planning, and Major General Filipe Camelo Duarte Santos, National Military Representative at the Supreme Headquarters Allied Power in Europe.
The 37th Coordinating Committee also gave the opportunity to discuss the upcoming MNCG objectives, outlining the future of unity in a geopolitical scenario in which the Atlantic Alliance is called upon to face increasingly complex challenges.
The States representatives reaffirmed the willingness of PNs to contribute in the future to NATO Response Force (NRF) with CIMIC readily deployable assets.
Concerning seminars and conferences, it was announced the next CIMIC Units Commanders' Conference that which will take place from 27 to 29 June 2022 in the city of Treviso and which will expect the participation of members of International, National and Non-Governmental Organizations from around the world, as well as the presence of qualified guest speakers who will speak on the theme ''Building trustful relationship between different actors through effective interaction: Civil and Military aspects", identified in close coordination with the Supreme Allied Headquarters Powers in Europe. The Chairman thanked the participants for coming to the event, a sign of a heartfelt and strong will to continue to support the mission of the MNCG and to increase, in the future, the Participating Nations basin in the spirit of the Atlantic Pact.
The Commander of the MNCG expressed his satisfaction in being witness of the renewal of the MoU to formally celebrate the 20 years since the establishment of the MNCG, precisely in a historical period in which the concepts of joint and multinationality take on a highly aggregating value. The meeting, conducted in line with the ministerial indications relating to the reduction of the COVID-19 contagion, takes place twice a year with the aim of coordinating the efforts and common commitment of the six Nations representing the MNCG, towards the objectives and the scenarios outlined by NATO. 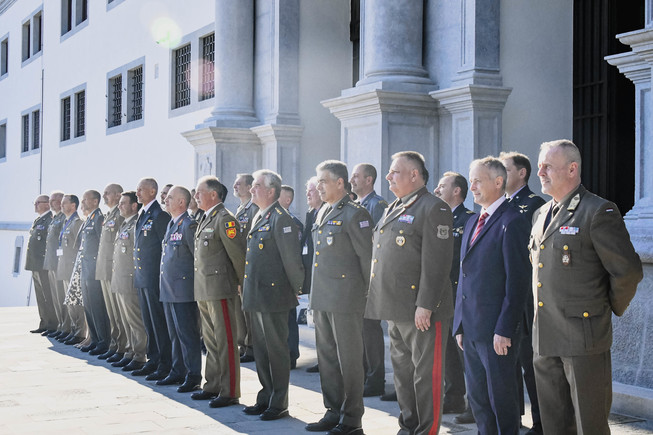 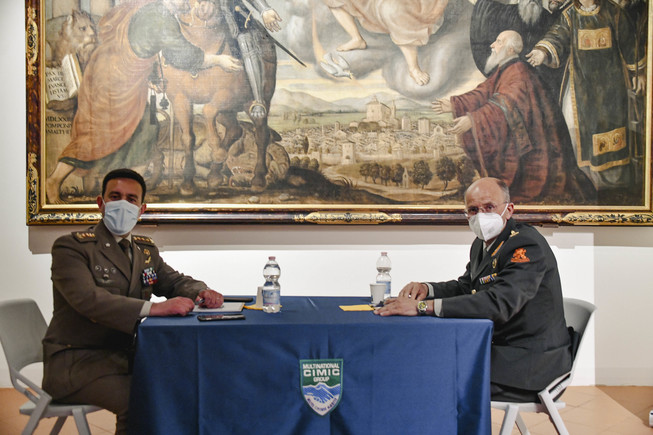 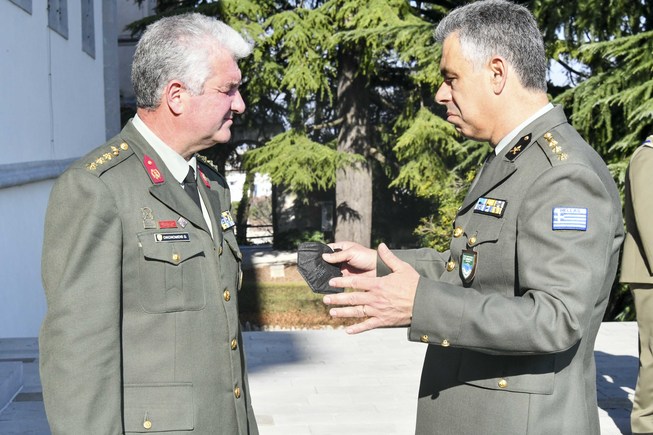 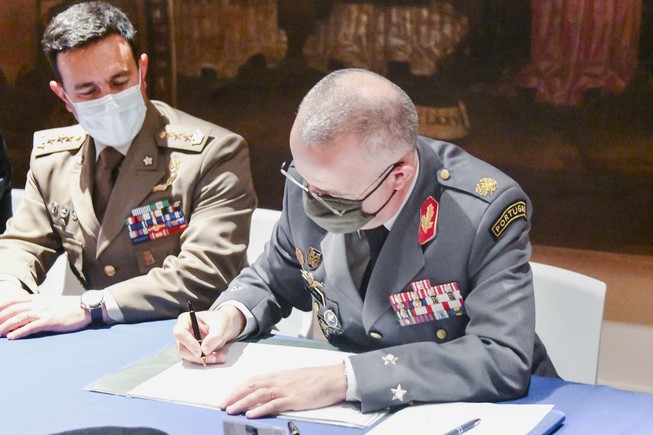 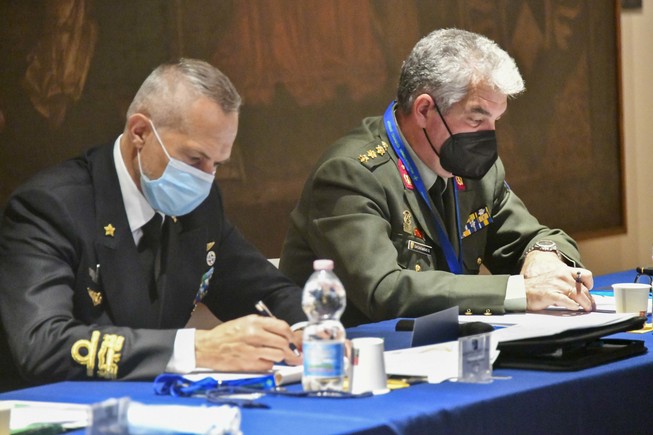 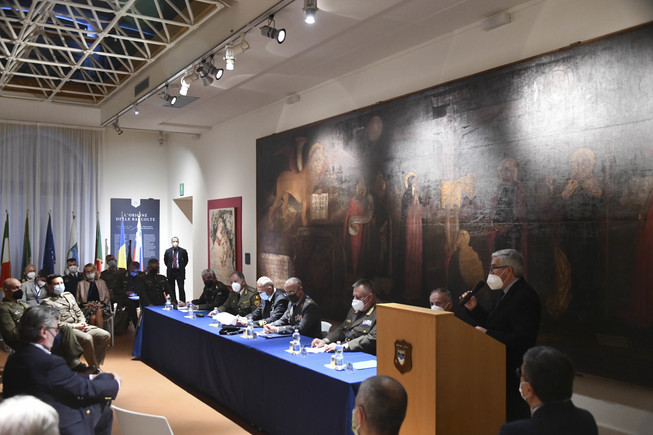 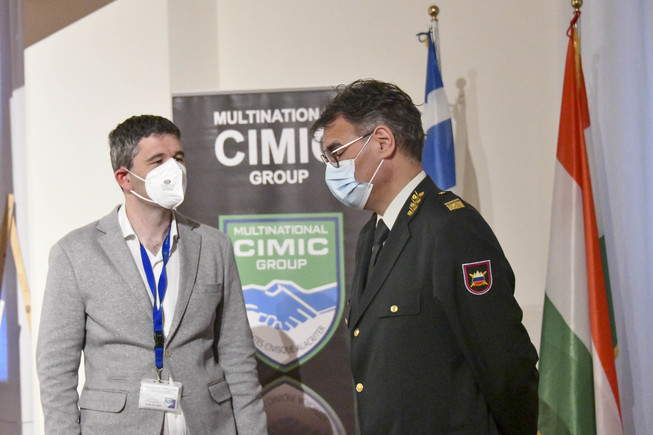 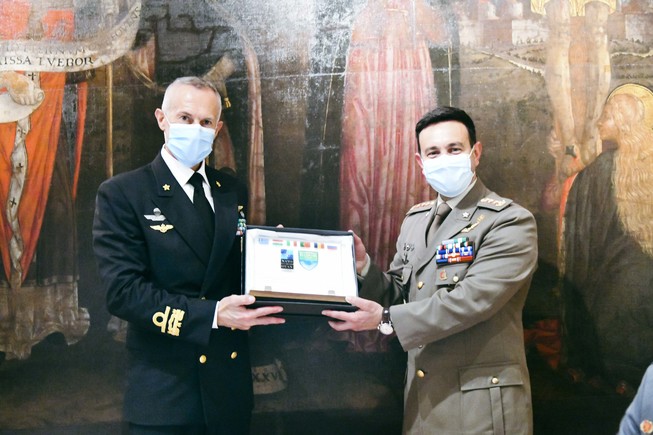 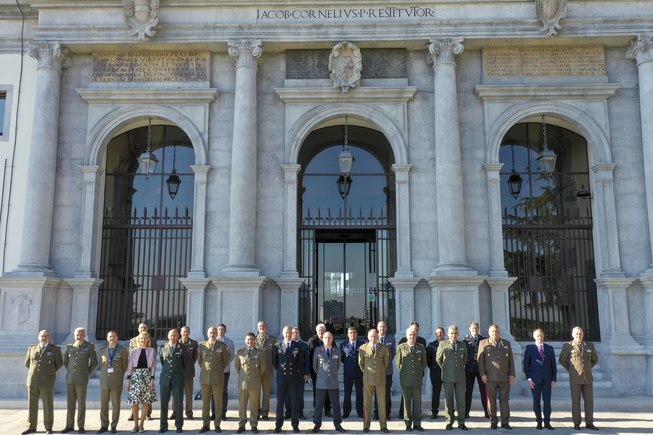 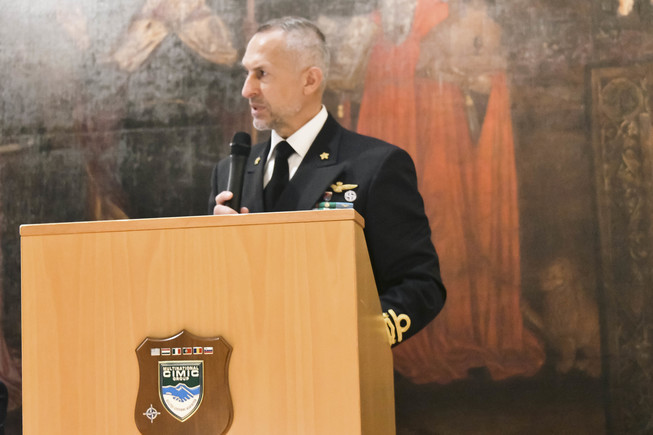 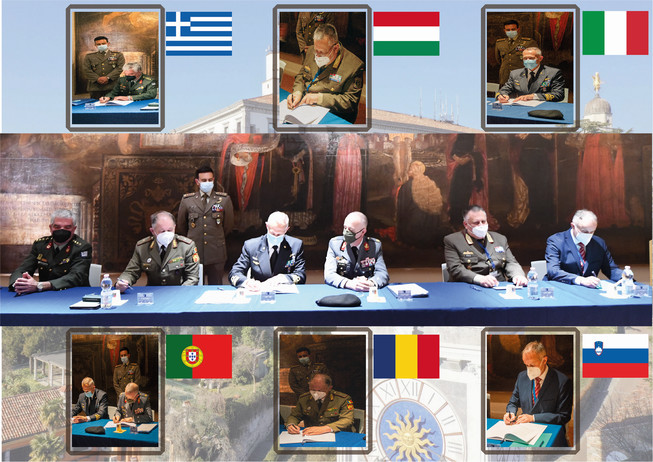 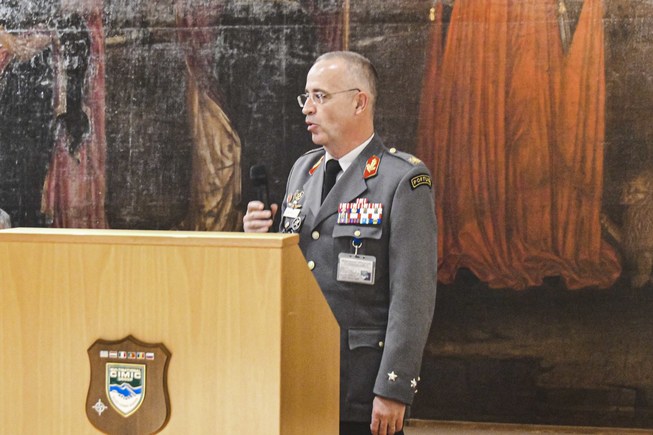 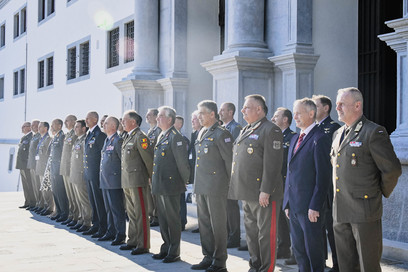 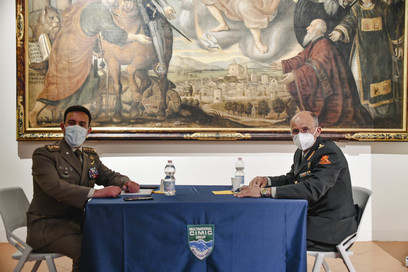 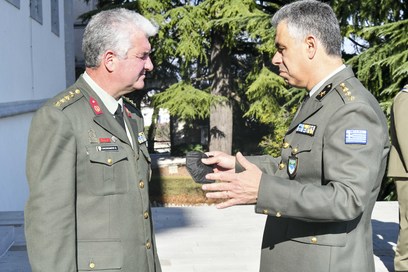 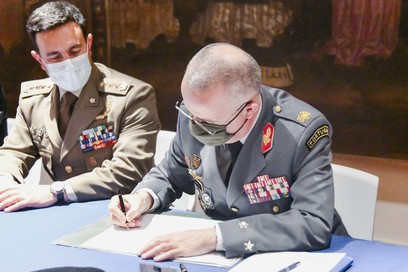 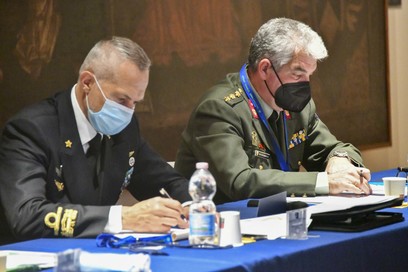 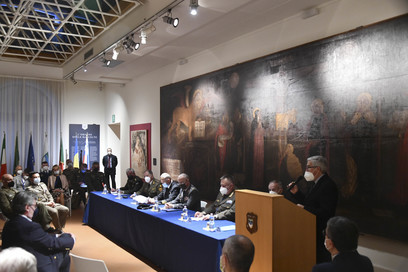 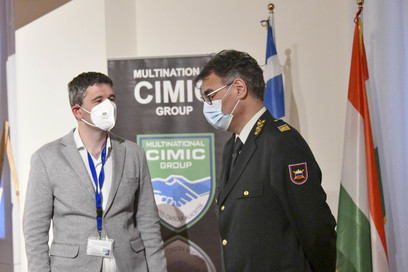 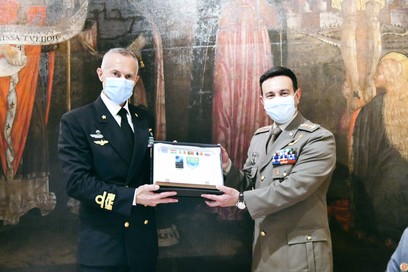 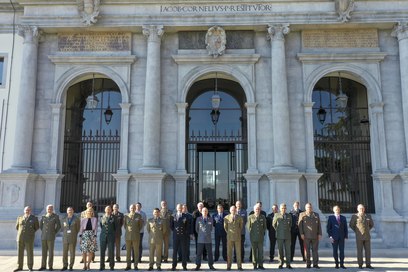 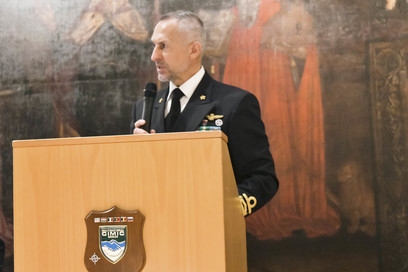 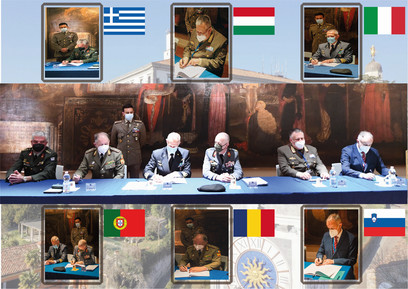 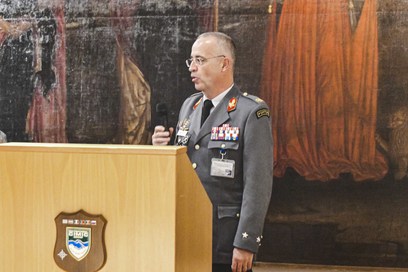