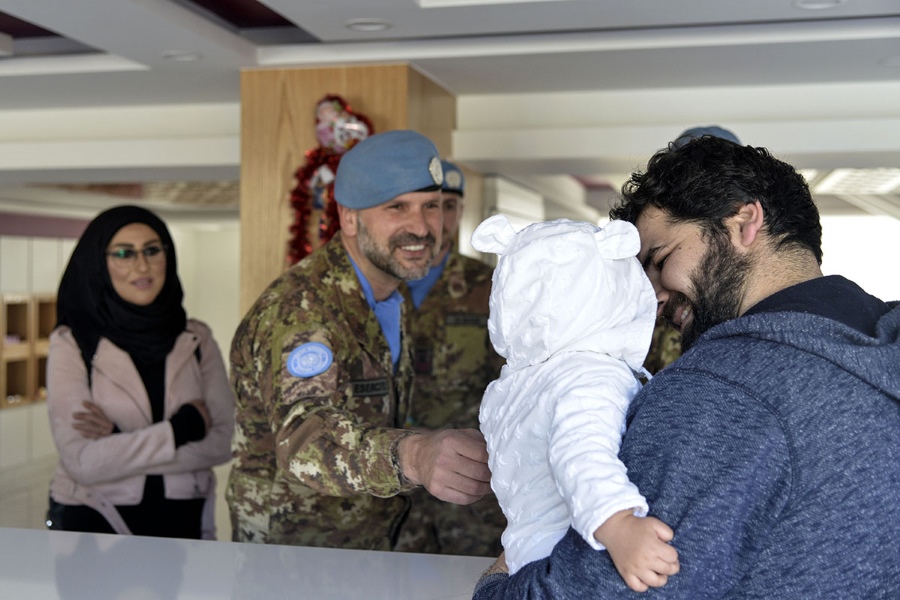 Italian Blue Helmets on a mission to Lebanon, support the local population through CIMIC projects and interact with the Tactical Community Outreach Team and the Female Assessment Analysis and Support Team

The support that the Italian Blue Helmets on mission in Lebanon are providing to the local population is characterized not only by the concreteness of the Civil and Military Cooperation projects (CIMIC), inaugurated thanks to the commitment of UNIFIL Contingent specialists and effective in their homeland at the inter-force pole of the Multinational CIMIC Group of Motta di Livenza (TV), but also for the presence on the ground of the Tactical Community Outreach Team (TCOT), specialized in direct face-to face contact (F2F) with the local community and Female Assessment Analysis and Support Team (FAST), a female staff that fosters the integration of a gender perspective.

Around 180 activities have been carried out on the ground, in less than five months, encouraged by a very positive response from the Lebanese community that has stimulated the triplication of this type of interaction.

But for what concerns the relations with the population another important element is the FAST, an all-female UNIFIL structure that, in adherence also to the provisions of UN Security Council Resolution 2433/2018, which provides for a significant participation of women in all aspects of operations, as well as increasing the number, since December 2018 has increased its presence on the ground. There are already more than 20 activities carried out between small and large Municipalities, as integration and support of both Civil and Military Cooperation and TCOT, considering that staff free from the service that has carried out a specific qualification course composes the team in question, from time to time.

Moreover, the Italian contingent, in relation to the CIMIC support, has completed, in the last period, another five projects, such as: the donation of a power generator for the water supply of an artesian well in favor of the Municipality of Al Qulaylah; renovation of the municipal headquarters of the town of Jibal Al Butm; the donation of equipment for hospital use to the Order of Malta of the Yaroun Municipality Center; the realization of a street lighting system with the installation of lighting poles with LED lamps and photovoltaic panel for the municipality of Majdal Zun and the construction of a soccer field for the Municipality of Rumaysh, raising to sixteen the number of projects currently concluded from the beginning of the year.

Last but not least, in the context of the constant awareness campaign for education and road safety, the support provided by the Military Police of the Joint Task Force Lebanon (JTFL) - Sector West (SW). The Armed Forces met 16- to 18-year-old boys from the TCS School of Tire and children aged 8 to 10 from the Aytit public school. The appointments were conceived with the aim of making both the older ones aware of the correct approach to the world of two and four wheels, and the younger ones becoming familiar with road signs (traffic lights and pedestrian crossing), as well as prevention ones. injuries such as a seat belt and a safety helmet. 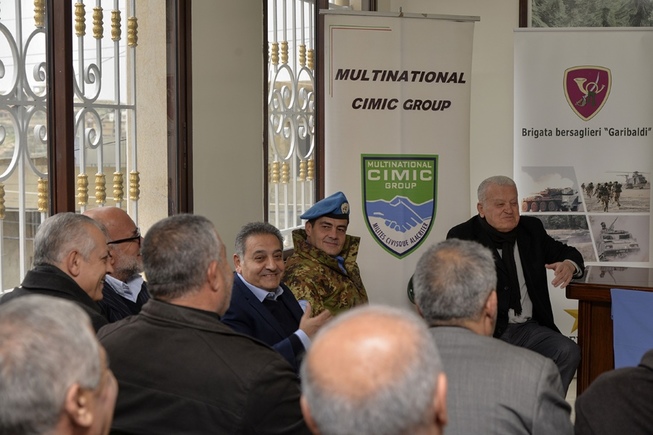 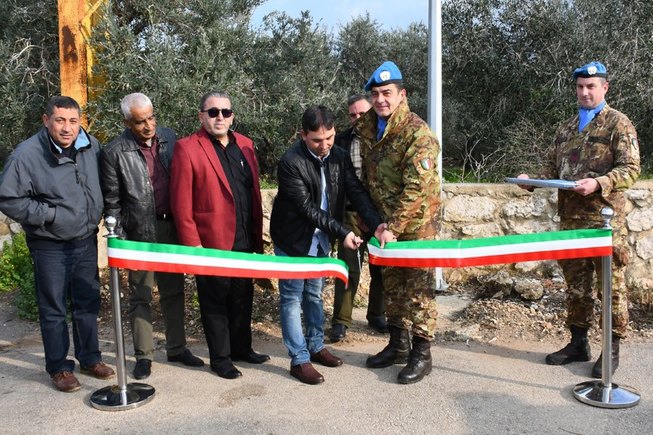 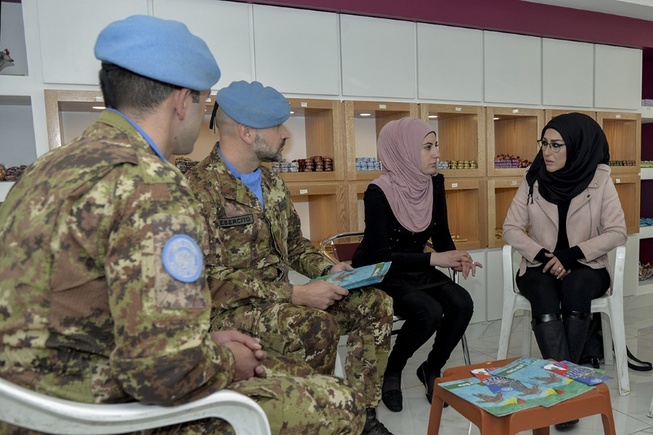 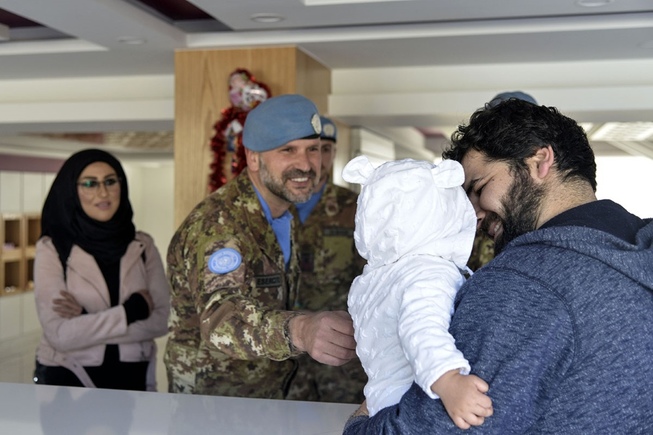 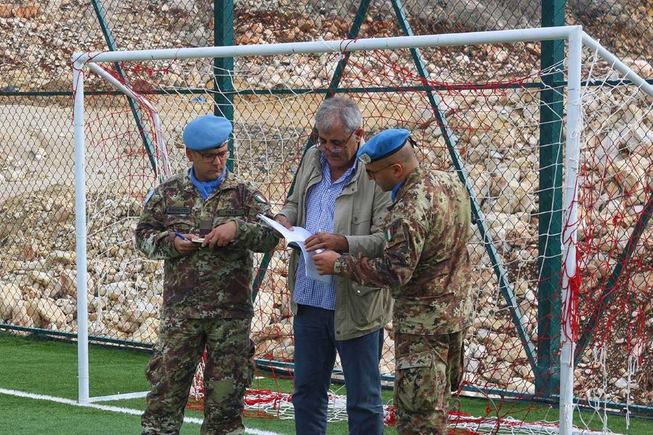 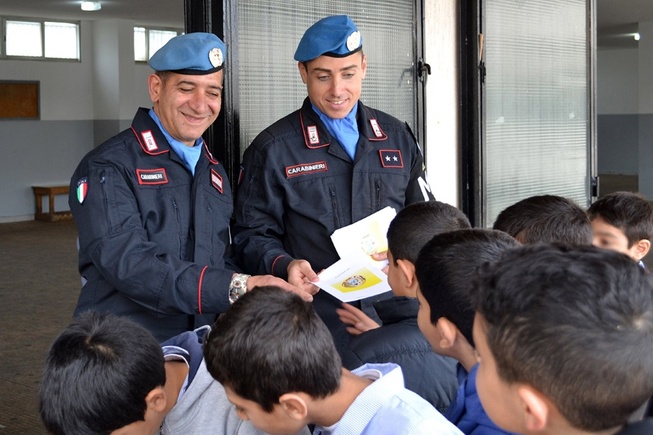 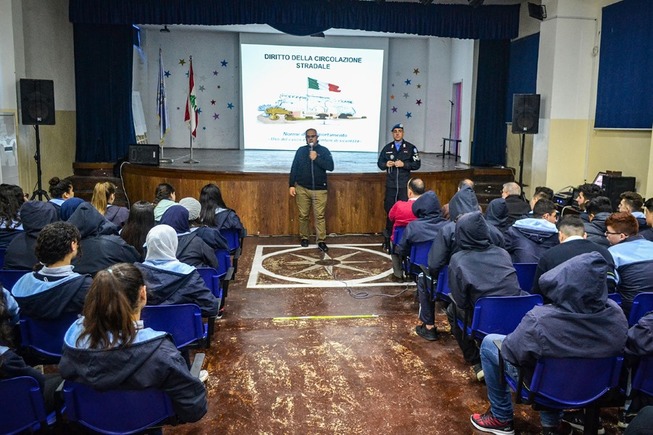 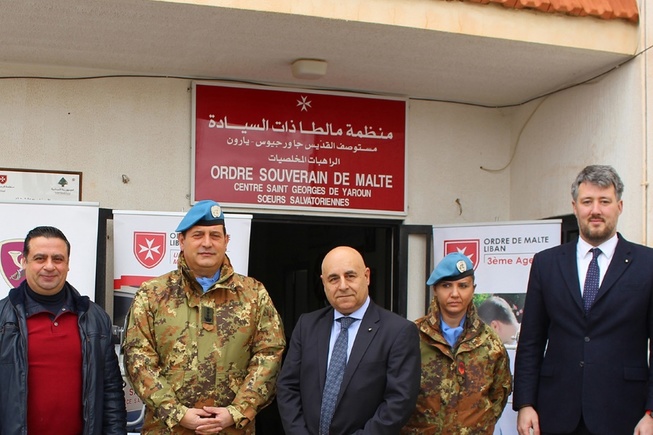 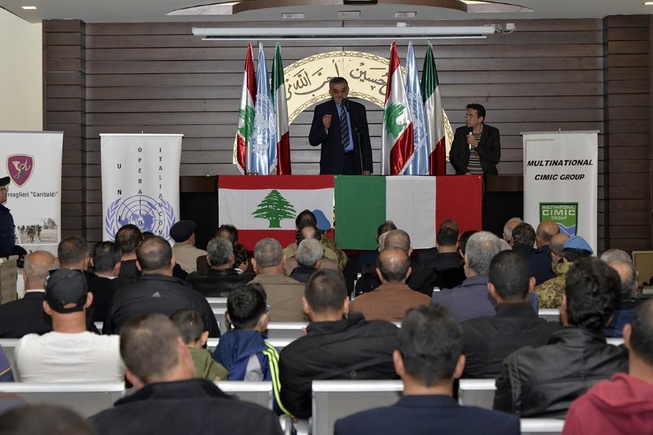 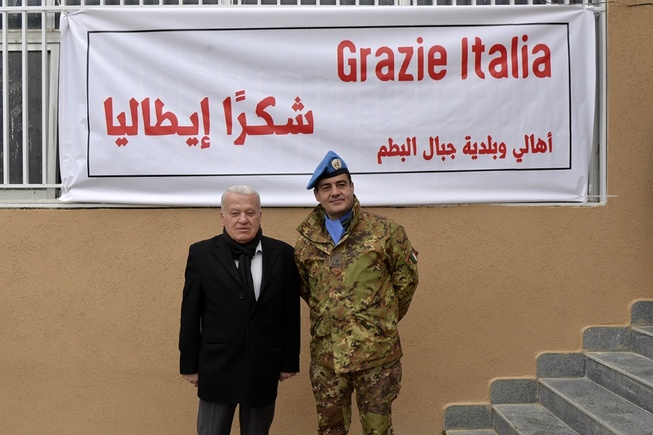 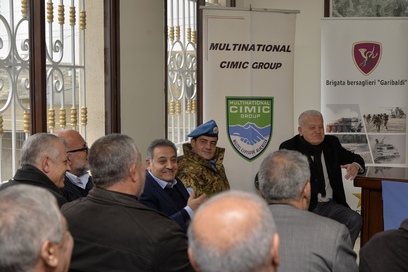 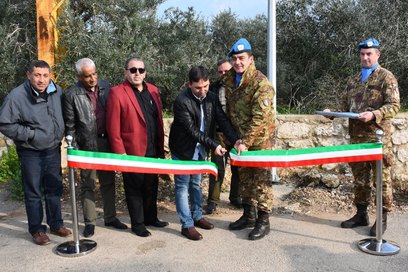 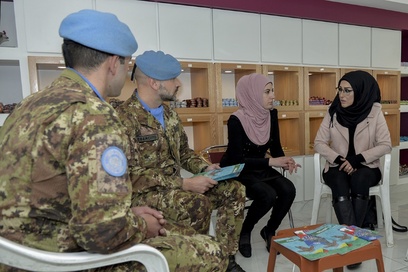 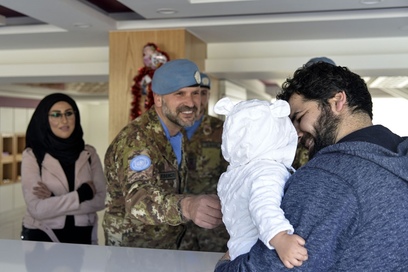 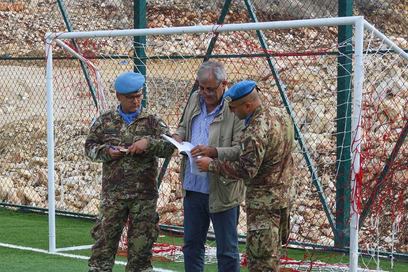 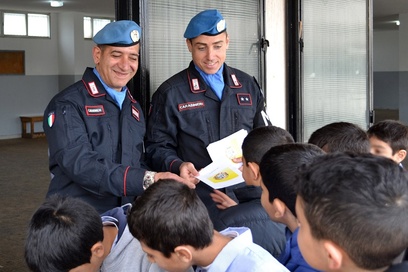 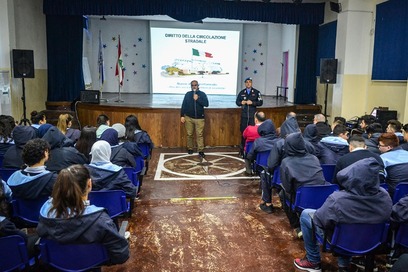 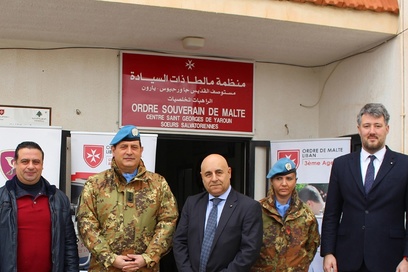 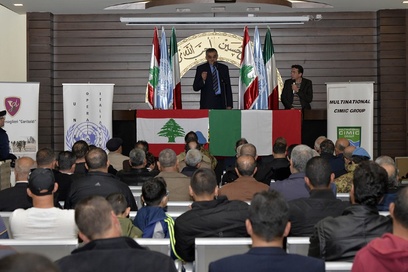