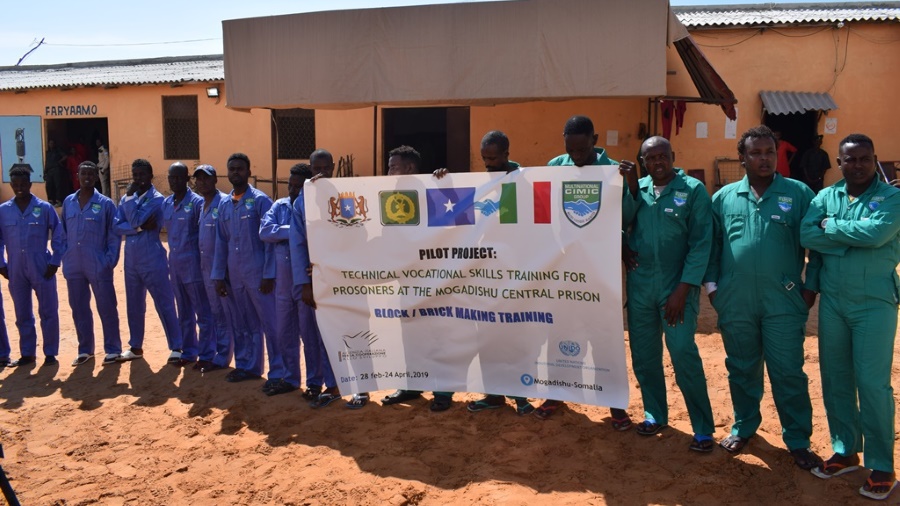 As part of the EUTM Somalia mission, the CIMIC cell of the Italian National Support Element inaugurates a project for the professional start-up of the prison population nearing the end of the detention.

Yesterday the soldiers of the cell for the Civil and Military Cooperation (CIMIC), effective at home to the Multinational CIMIC Group of Motta di Livenza (TV), in the presence of the Minister of Justice of the Somali Federal Government Avv. Hassan Hussen Haji, of the Commander of Prison Guard Corp. Gen. Bashir Mohamed Jama of the Central Prison Directorate in Mogadishu, attended the inauguration ceremony of three pilot courses for professional start-up in favor of the prison population nearing the end of detention.

The CIMIC cell of the IT NSE of the EUTM Somalia mission in collaboration with the United Nations Industrial Development Organization (UNIDO) funded the project.

The projects are addressed to 30 prisoners, 10 of whom are women, all at the end of their sentence, and include the training of metal carpenters, creation of knotted fabrics and brick making. The materials produced will be used directly by the prison management to restructure part of the infrastructure and to produce the necessary uniforms for prisoners and personnel of the Prison Guard Corps.

These courses are the result of intense coordination work that the CIMIC component has undertaken since September last year, in response to the specific requests made by the Prison Guard Corps Commander, to counter the recruitment capacity of Shaabab and others terrorist organizations have in Somalia, especially against the weaker sections of the population.

At full capacity, part of the production can be sold on the free market, generating an economic flow for the management of the institution that must be used to support and finance its initiatives. To encourage companies to buy materials produced by the Central Prison, better materials have been provided available on the Somali market and all the products will be equipped with a specific identification mark (the symbol of the Prison Guard Corps) which will certify their origin. Thanks to an agreement with the University of Mogadishu, the bricks produced will be tested and certified with a special machine that will guarantee their quality. This will make it possible to use the bricks for the realization of other CIMIC projects funded for 2019, thus contributing to the sustainability and efficiency of the entire project.

The support offered to the Prison Guard Corps with this project, was widely appreciated by all participants and goes to cover one of the shortcomings that emerged in these days on the occasion of the inauguration of the new prison and appellate court in Mogadishu. 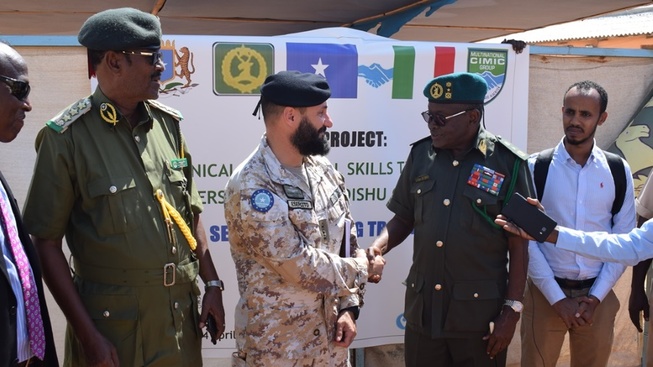 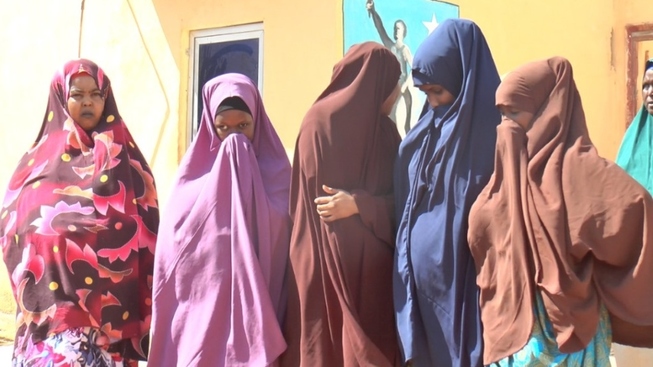 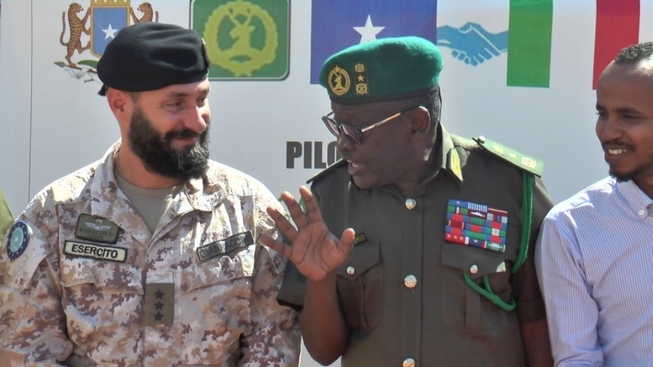 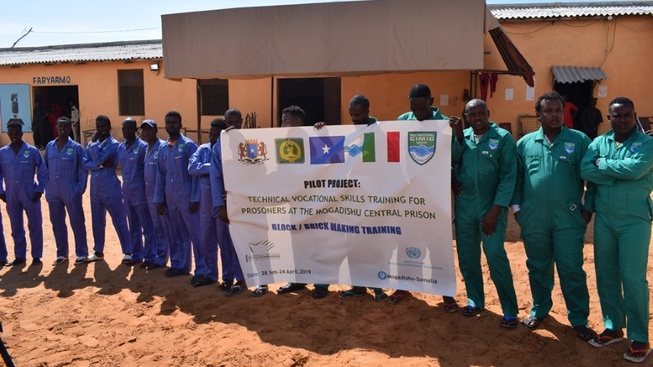 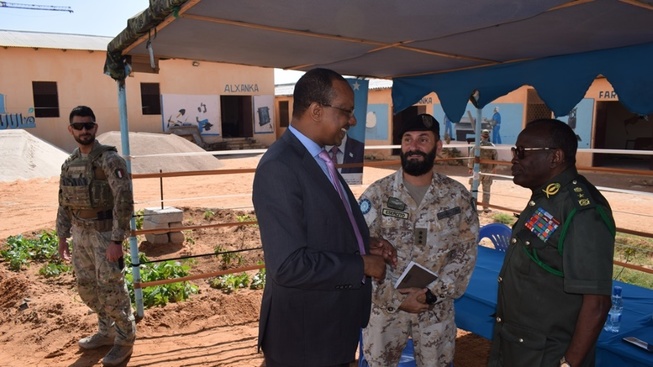 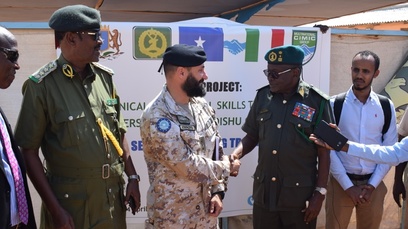 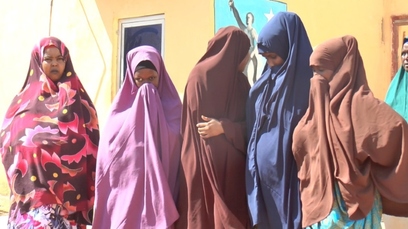 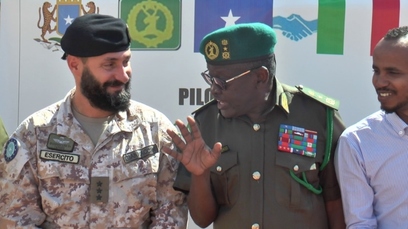 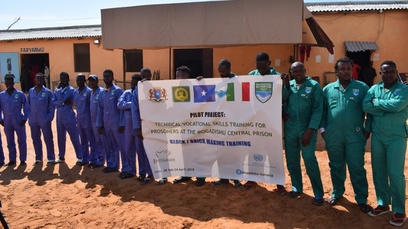 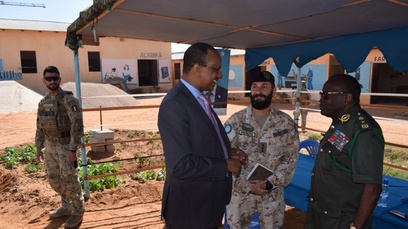