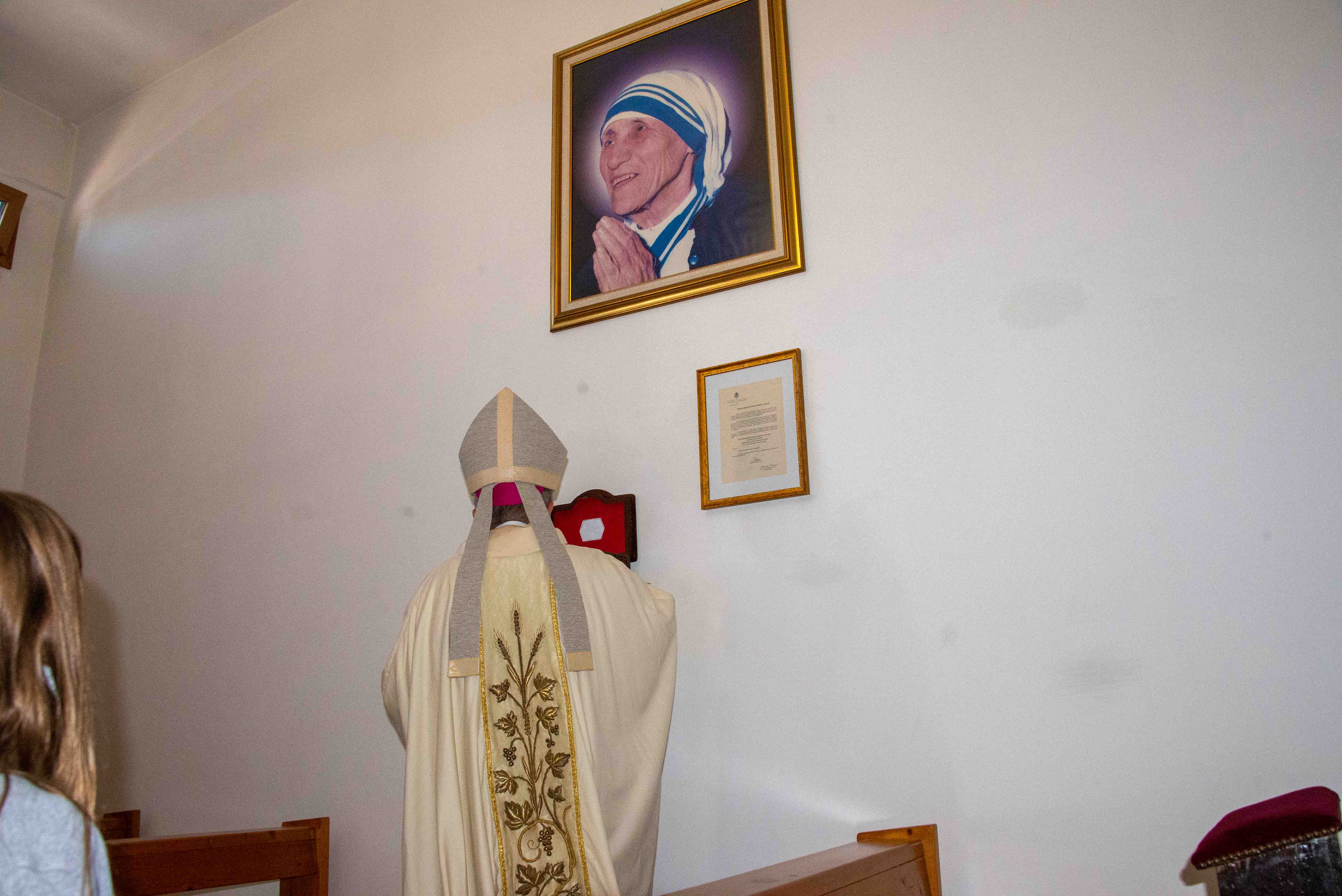 Motta di Livenza, September 06th, 2021.
In full compliance with the anti-Covid measures, on 06 September 2021 the appointment formalization ceremony of Saint Teresa of Calcutta as Patroness of the Multinational CIMIC Group (MNCG) took place.
The event, chaired by Excellency Santo Marcianò, Ordinary Military Archbishop for Italy, represented the goal of an authorization process that lasted six years, in which the military and ecclesiastical authorities collaborated in order to achieve this historic result.
The decree, in fact, delivered on 21 July at the Military Ordinariate by His Excellency Santo Marcianò to the Commander of the MNCG, Colonel Mattia Zuzzi, was signed by the Prefect of the Congregation for Divine Worship and the Discipline of the Sacraments, Monsignor Arthur Roche and by the Undersecretary, Father Corrado Maggioni.
The formalization ceremony, held at the Mario Fiore Barracks in Motta di Livenza, was attended by various political and institutional positions in the Treviso area, as well as CIMIC operators, cyclically deployed in all operational scenarios in which the Armed Forces are called to intervene.
Mother Teresa's life was dedicated to helping the poorest, valuing the dignity present in every person, even in the most extreme conditions of hardship. Her goal has always been to overturn the traditional asymmetry of assistance practices which, often conducted with movements from top to bottom, proved to be humiliating and demotivating for those receiving support. In her view, the relationship between the giver and the recipient had to be equal, based on mutual understanding and respect, also through the sharing of styles and conditions of life. Mother Teresa has repeatedly reiterated that she loved all religions and has always been considered a symbol of union and aggregation even between different cults. For the mentioned reasons, the Saint was chosen as the symbol of the Multinational CIMIC Group. In fact, CIMIC operators are asked to cooperate and support the populations of the areas in which they are deployed and to create a bond of understanding and collaboration respecting the traditions and culture of a specific country in order to support the objectives of the mission itself. 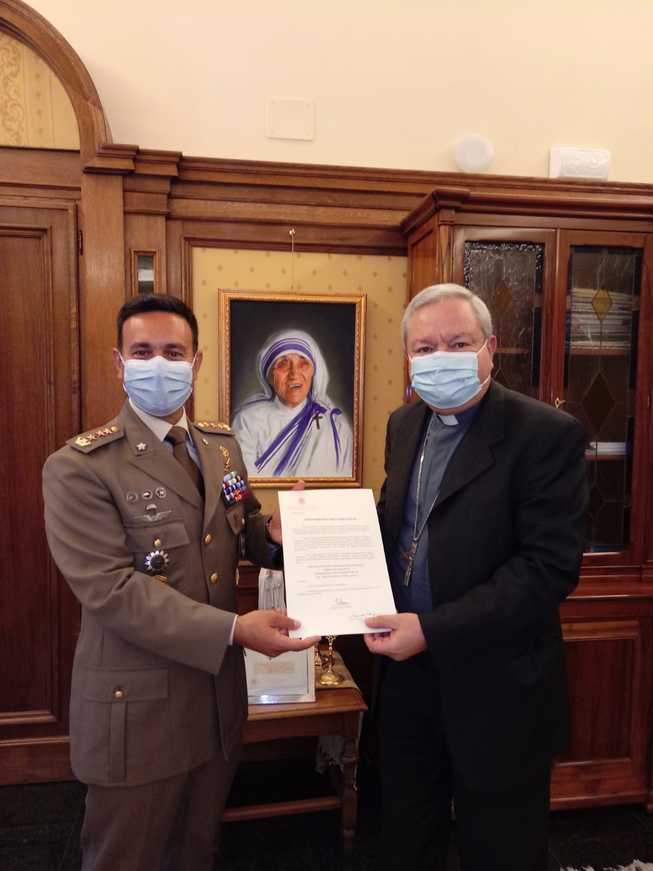 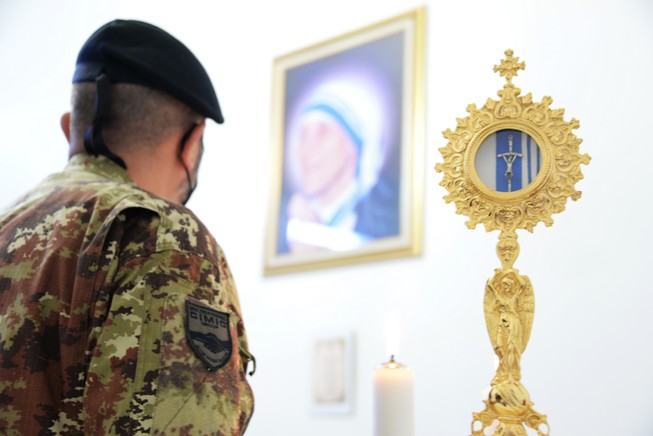 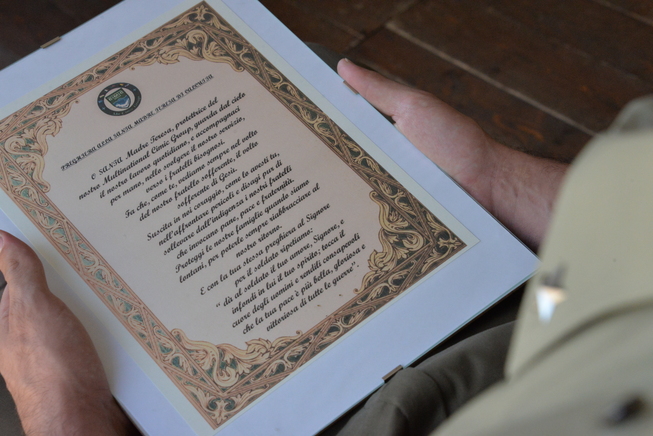 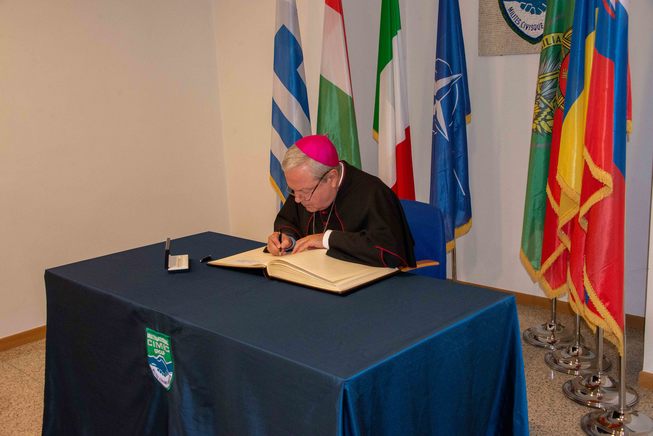 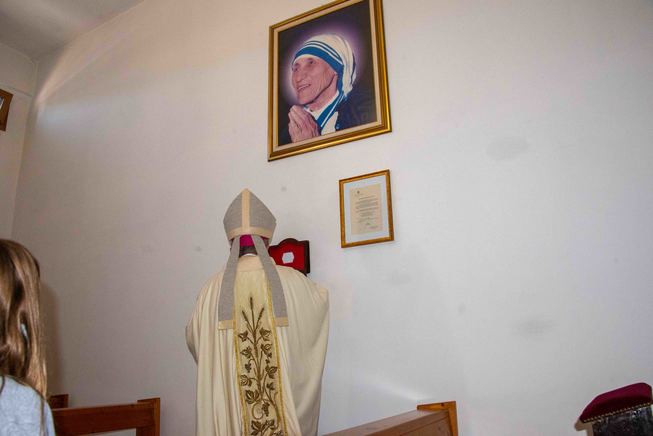 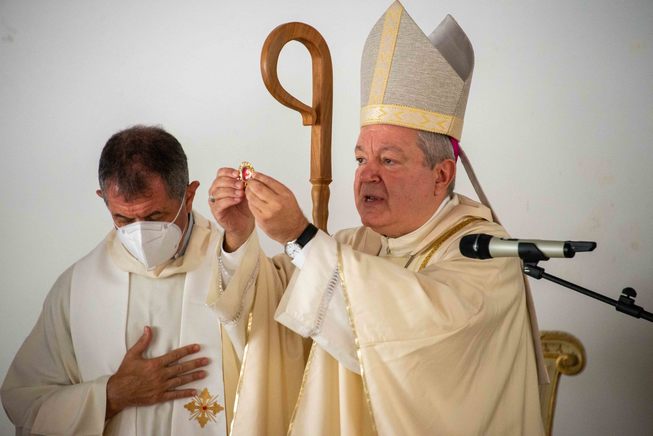 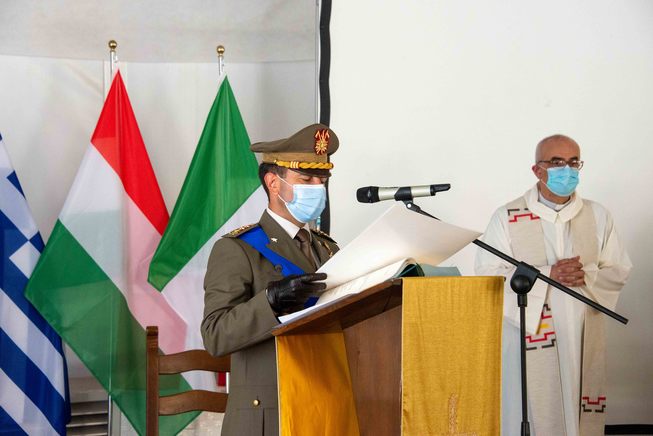 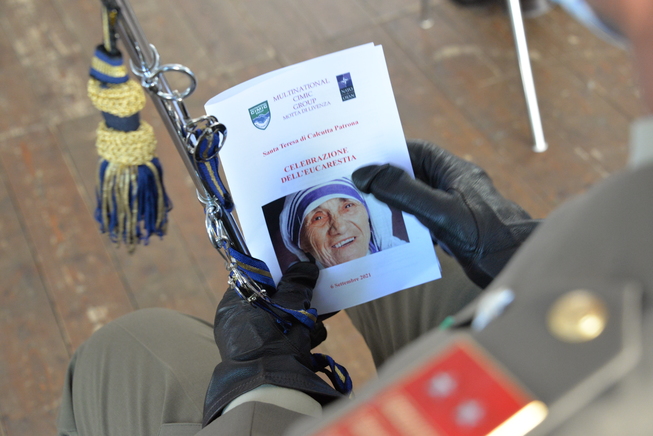 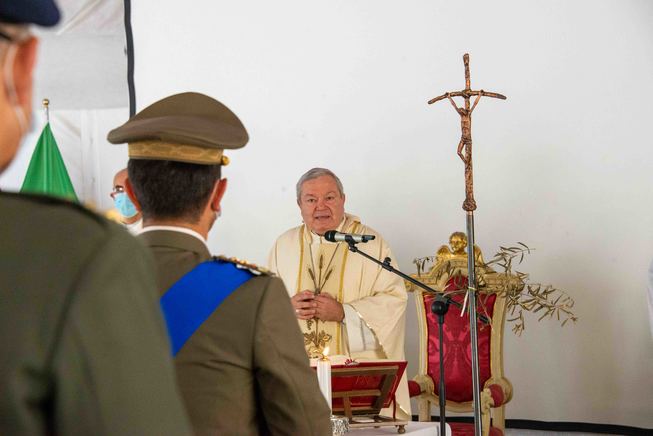 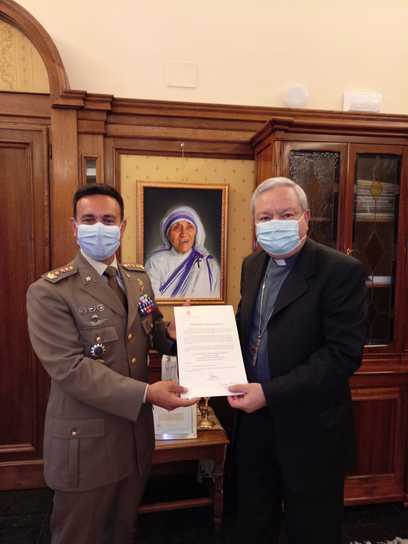 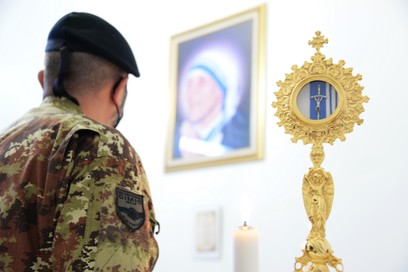 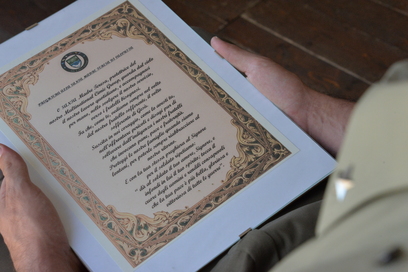 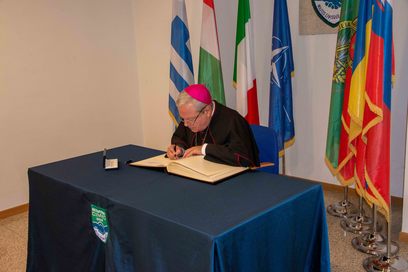 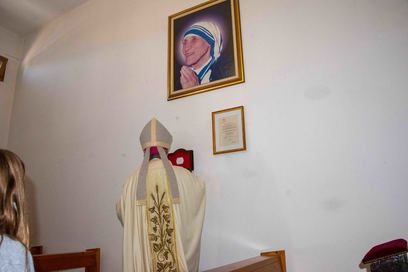 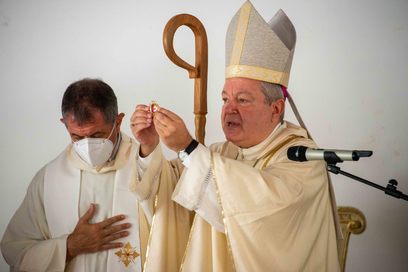 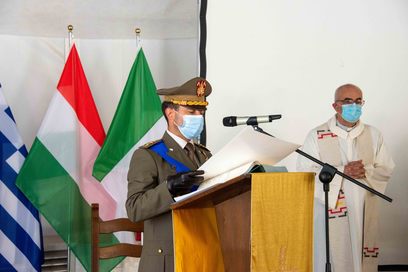 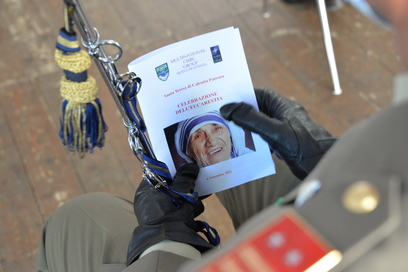 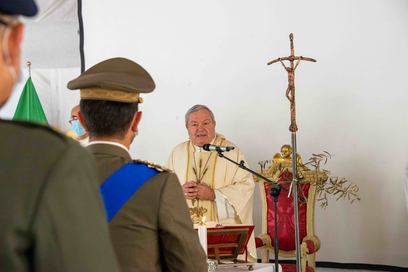