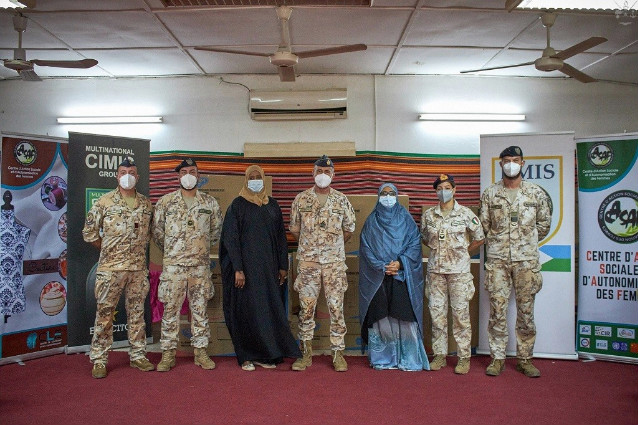 Djibuti, August, 2021.
In recent weeks, at the headquarters of the Center d'Action Sociale et Autonomisation des femmes (CASAF) in the populous city district of Balbalà, Multinational CIMIC Group operators, as part of the CIMIC cell of the Italian Military Support Base (BMIS) in Djibouti, have developed a project to deliver air conditioners that will be installed in the teaching rooms of the center.
The ceremony was attended by the Commander of the Base, Colonel Luigi Bigi, the Councilor of the Ministry of Women and the Family, Madame Nabila Salam Hassan and the Director of CASAF, Madame Nima Yonis Hoch.
The Civil and Military Cooperation (CIMIC) project, included in the annual support plan for the civil environment, stems from the intention of the national contingent of the BMIS to intervene in support of minorities, women and vulnerable groups of the Djiboutian social reality.
The donation of the air conditioners will allow the Center to continue with important training activities even in the hottest periods of the year, thus increasing the Centre's catchment area and the capacity of the structure.
CASAF, established in 2007, became in 2012 the "Center for social action and women's emancipation" reporting directly to the Ministry of Women and Family and has, in its mission, the task of guaranteeing professional dignity for girls and to women who have abandoned their studies and who daily face the difficulties of a multifaceted reality such as that of the city of Djibouti.
The Center holds courses in sewing and embroidery, cooking, hairdressing and beautician in addition to basic notions on infant care.
The ceremony was held in full compliance with the procedures provided for the fight against the COVID-19 virus. 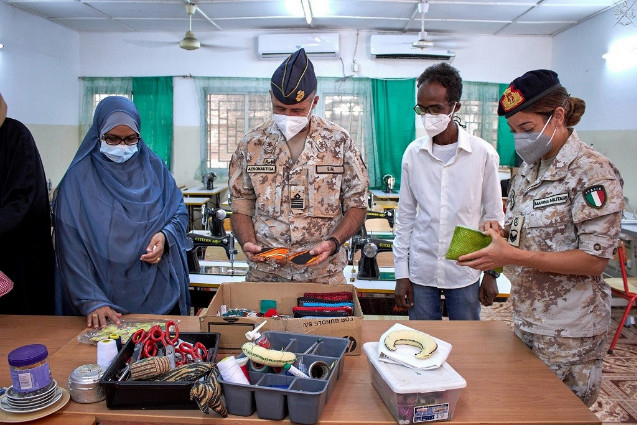 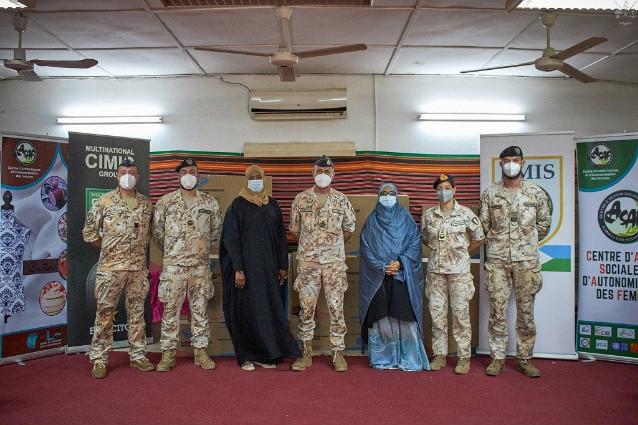 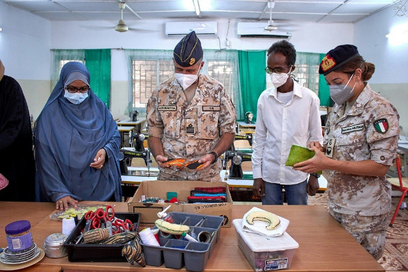 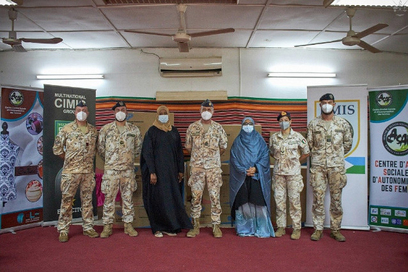