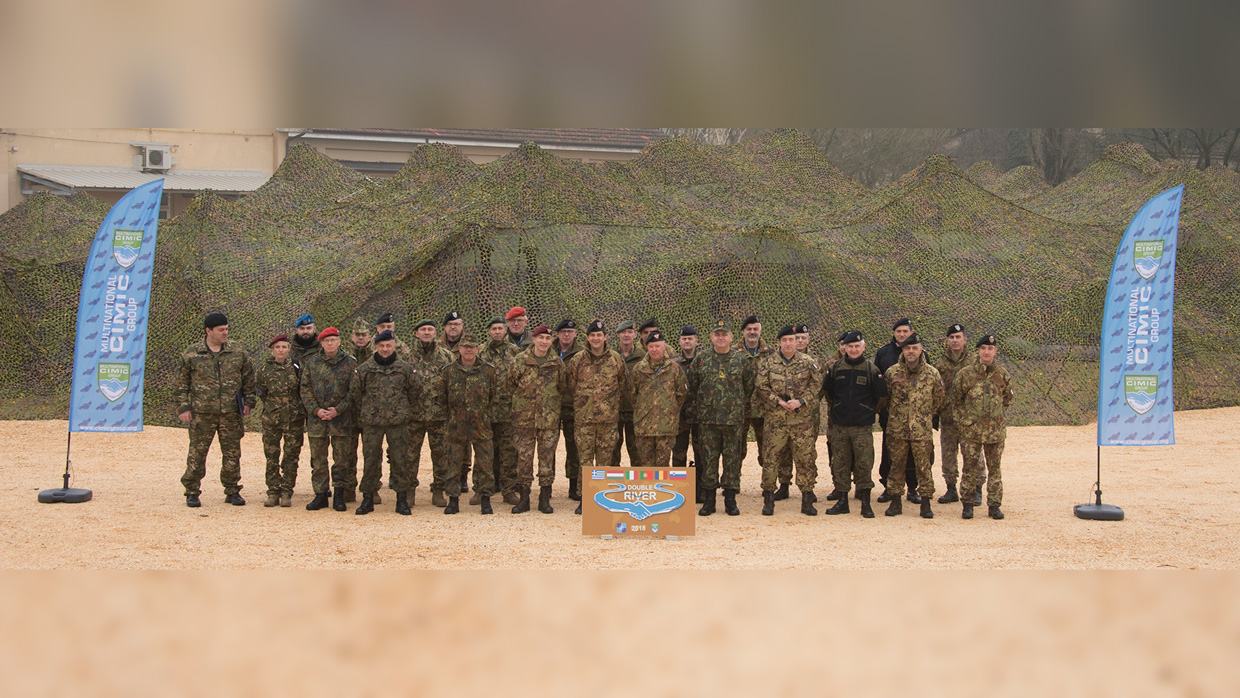 Main objectives of the exercise included testing and evaluating Staff functions of Multinational CIMIC Group HQ and capabilities of attached CIMIC Units. The HQ and the Units must be capable of operating in accordance with the strict standards required throughout deployments in support of NATO. In this regard, Multinational CIMIC Group is part of NATO Response Force, a combined/joint capability basket of Forces which can be promptly deployed by NATO, wherever required. The training was performed through a Command Post / Computer Assisted Exercise (CAX/CPX). Through the use of technological means, trainees had the opportunity to simulate the Operational Planning process and the conduct of operations without the need to deploy real personnel and assets.

The computerized simulation replicated a modern operational environment, based on an international crisis between fictitious countries, followed by a request for a multinational coalition intervention by the International Community. Throughout the exercise, trainees were prompted to act upon a number of ficticious incidents / events, replicated from live operations. Particularly, such events were designed to activate typical CIMIC-oriented operations, including: delivery of humanitarian aid, management of health emergencies, support to local authorities through projects to restore key civil infrastructures, liaison with civil organisations (International Organisations, Governmental and Non - Governmental organisations), for the purposes of coordination and to avoid replication of efforts.

In the simulation, the Staff of Multinationl CIMIC Group coordinated and tasked one Portoguese and one Italian CIMIC Units. Particularly, the Italian CIMIC Unit was tasked to set up one CIMIC Centre, a military structure designed to facilitate interaction between the civil population and the military Force. In operations, CIMIC Centres often become a focal point for the local communities and the civil organisations deployed in a given area of crisis to support humanitarian aid.

Also, Multinational CIMIC Group took the opportunity to test its Remote CIMIC Support, which encompasses the capability to support multiple CIMIC Units deployed to Theatres of Operations, from home country, through a Team of Subject Matter Experts, able to provide overall analisys of the civil dimension and specific consultancy in different fields of expertise like engineering, architecture, health and others, in order to facilitate development of projects in support of the local population. Subject Matter Experts from the Slovenian Ministry of Defense and from the Italian Army Reserve supported exercise “Double River 2018”.

Finally, IT and communications support was provided by a Team from the 7th Signals Regiment of the Italian Army, based in Sacile.

Multinational CIMIC Group is a Combined /Joint Regiment, established in Italy in 2002 (originally named CIMIC Group South). Italy is the framework nation and other contributing nations include Greece, Hungary, Portugal, Romania and Slovenia with personnel from all services of the Defense. CIMIC operators from Multinational CIMIC Group are currently deployed to International Operations in Kosovo, Afghanistan, Lebanon, Somalia, Gibuti and the Mediterranean Sea (Operation “Sophia”) and in the framework of domestic homeland security Operation “Strade Sicure”. 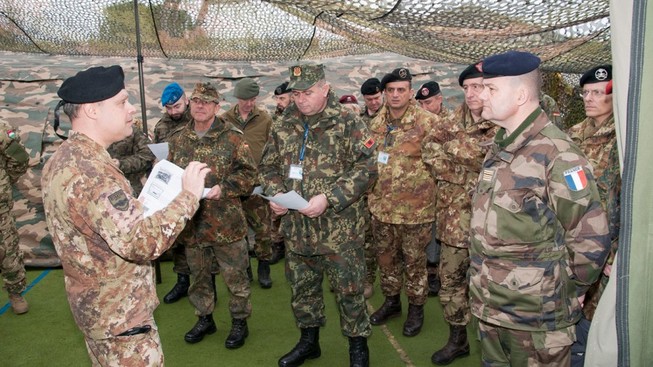 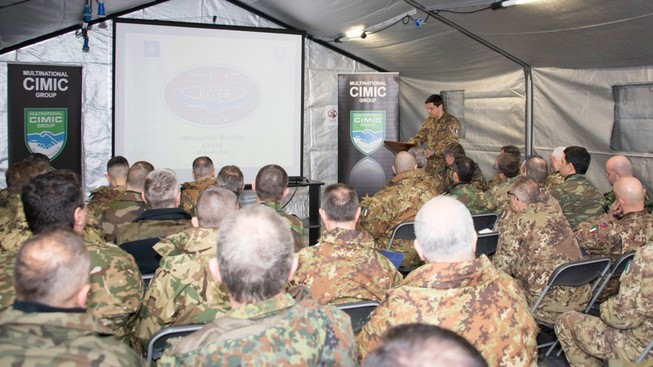 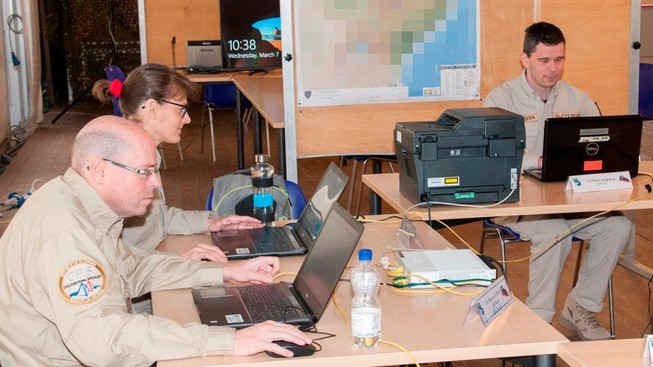 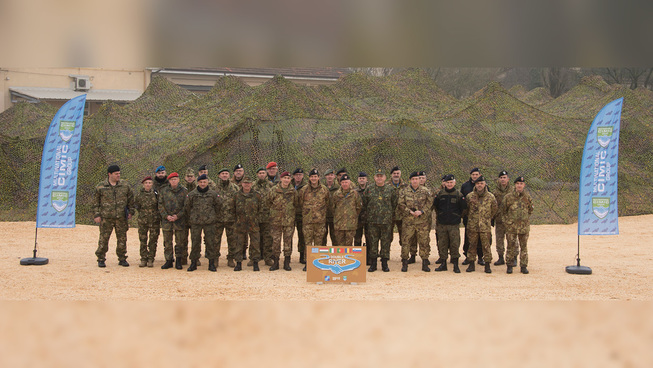 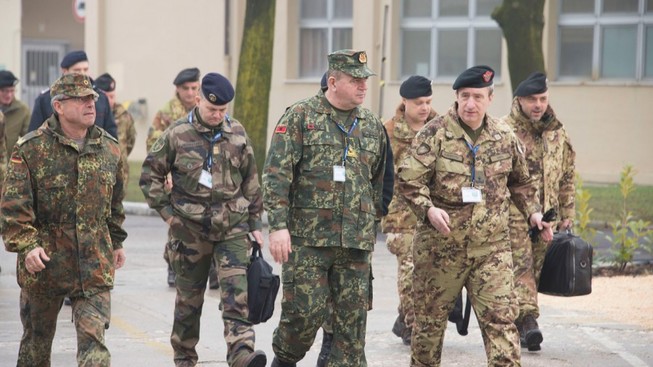 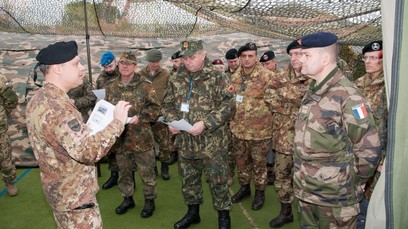 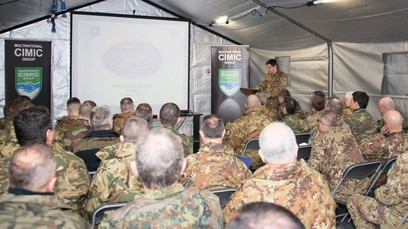 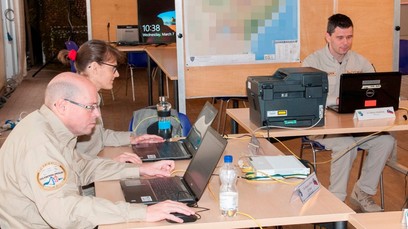 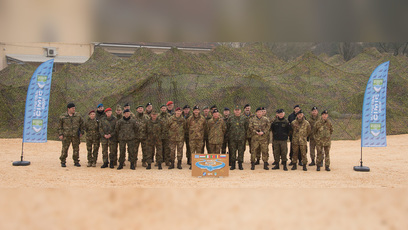 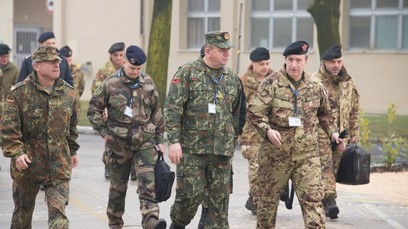