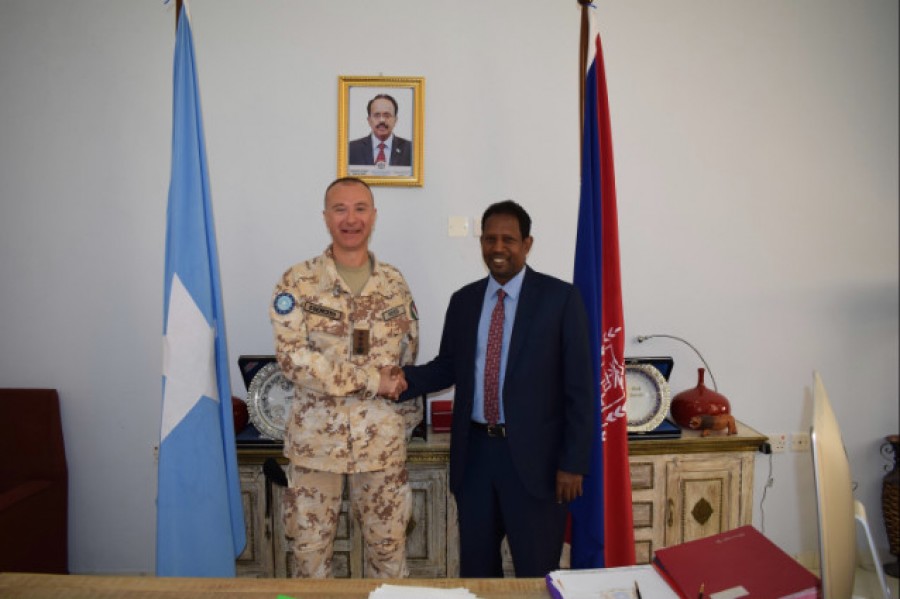 The commander of the Italian National Support Element (ITNSE) of the European Union Training Mission (EUTM) Somalia, Lt. Col. Pino Rossi, accompanied by the Head of the Civil and Military Cooperation (CIMIC) Cell, met the Mayor of Mogadishu and donated technical-individual equipment to the Fire Department and Emergency Services in the Banadir Region (Somalia).

The meeting, held at the Mayor's Office and Governor of Banadir in Mogadishu, was strongly desired to show the will and the dedication with which the Italian military supports the local Government. It had, furthermore, the purpose of presenting to the Governor Abdirahman Omar Osman “Eng.

YARISOW” the activities in support of the stability and governance of the local Government, carried out and to be carried out by the Italian contingent in Somalia. On this occasion, individual technical equipment was donated to the Fire Department and Emergency Services of the Banadir Region - Mogadishu.

The donation of such fire-fighting equipment, corresponding to the most modern quality standards, has the purpose of supporting the department composed of well-trained personnel who, due to the lack of adequate equipment, intervene in the rescue of the population with considerable difficulty, such as, for example, in post-explosive attacks that often affect the city and the civilian population of Mogadishu.

During the meeting were also discussed the outcomes of the 21 projects carried out during 2017- 2018, that have interested, mainly, health, safety, emergency services fields and humanitarian support to minorities. These activities were carried out thanks to the determination of the operators of the Multinational CIMIC Group, Unit of the Italian Army - joint and multinational - specialised in civil-military cooperation, which has been deployed in Mogadishu since 2014.

The brotherly attitude and the empathy shown during the meeting by the Governor and his staff indicate how much the physical presence of Italian personnel in the areas involved in the cooperation activity finds a more than positive feedback from the local population, despite the particularly non-permissive security environment. 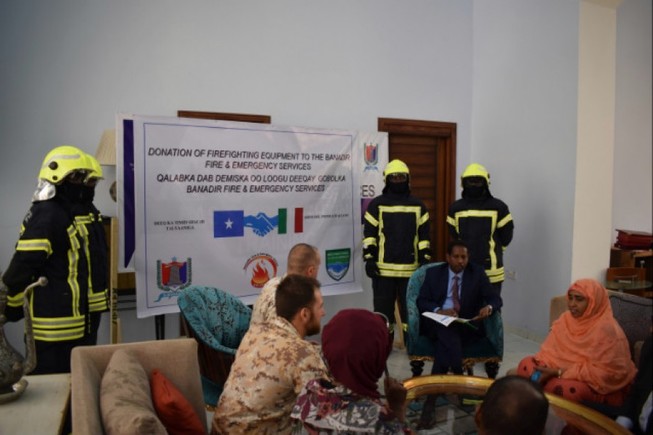 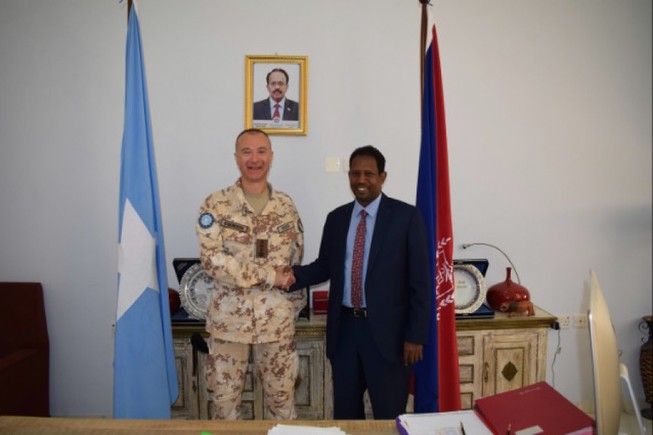 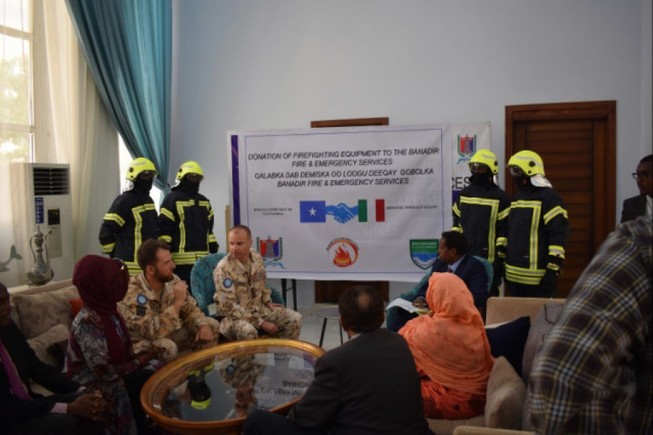 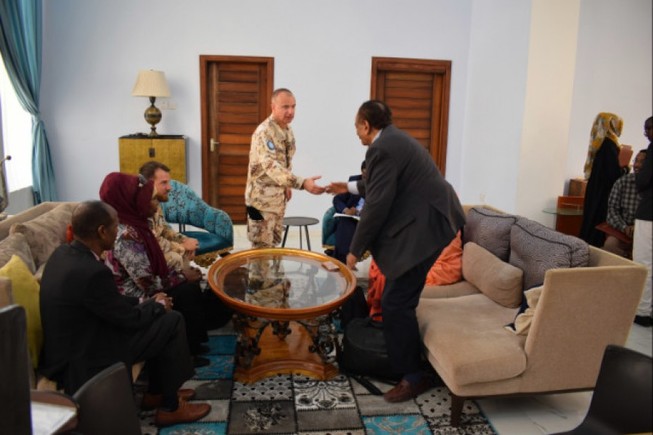 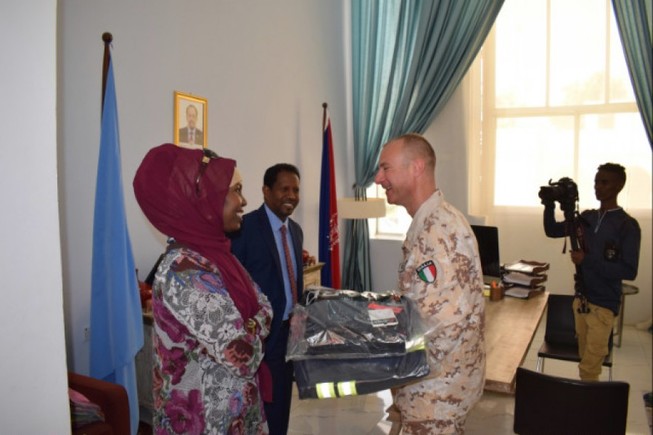 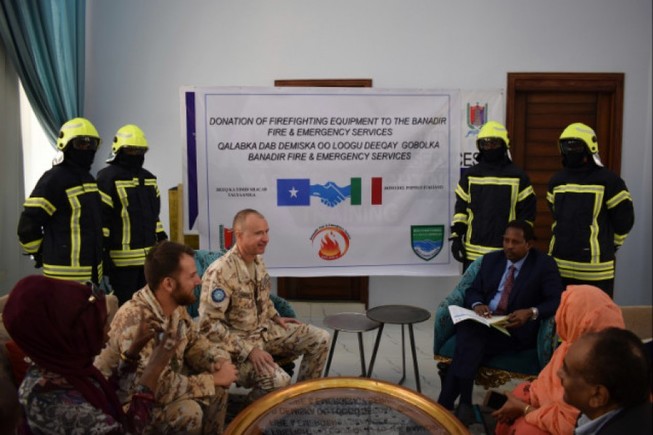 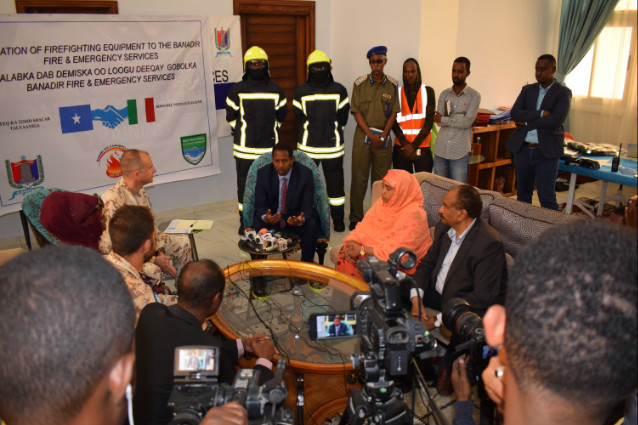 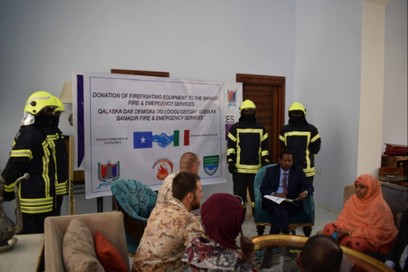 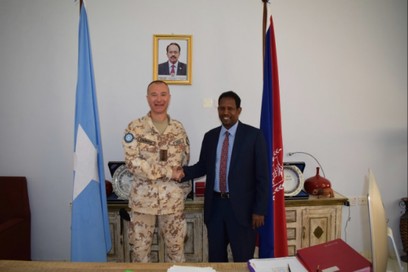 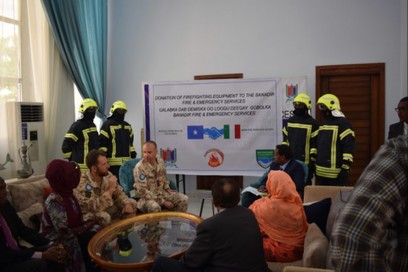 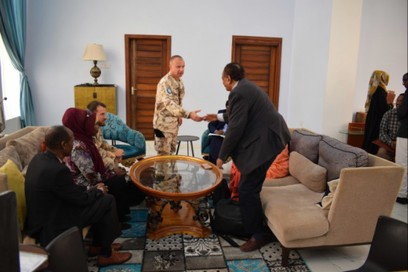 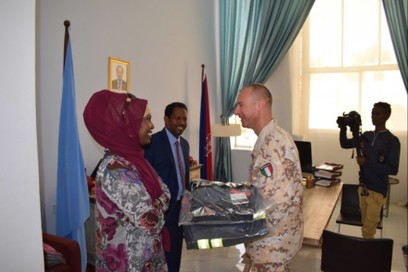 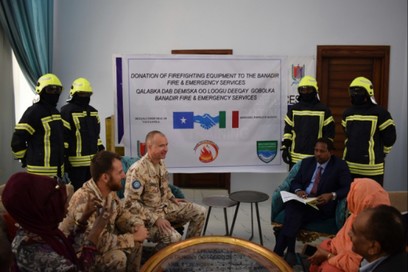 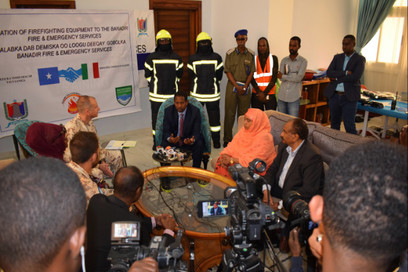