The mobile training team of MIBIL, on a mission to Lebanon, continue the specialised training in the field of civil-military cooperation in favour of the Lebanese Armed Forces and Security

The two courses on civil-military cooperation organised by MIBIL in favour of LAF staff were concluded on 20/7/2018, with the ceremony for the delivery of certificates of attendance.

The closing ceremony was attended by the secretary of the First Counselor of the Italian Embassy in Lebanon Dott.Valerio Giorgio, the Director of CIMIC Directorate B. Gen. Elie Abi Rachid and the Commander of MIBIL, Col. Stefano Giribono. The intensive training session, developed for three weeks at the CIMIC Directorate in Beirut and coordinated by the instructors of the Multinational CIMIC Group in Motta di Livenza (TV), allowed the theoretical and practical development of the three main functions of civil-military cooperation, that is the connection, support for force and support for the civilian population and its environment.

In particular, the Female Engagement Team (FET) took place from 02 to 06 July 2018. The course was organised and conducted with the aim of providing the effective team work tools to interact with the local female population, in locations where the Lebanese Armed Forces and Security are deployed.

Through lessons on communication and negotiation, as well as on the gender perspective, students have developed the ability to earn the trust of the local population, interacting with the female sphere with the aim of creating the conditions for a cooperative environment necessary to achieve the objectives of the mission. The course, in addition to the theoretical lessons, gave the opportunity to visitors from different areas of Lebanon, to test the teachings through different role-playing games, replicating some possible scenarios in which the FET could be used.

Subsequently, from 09 to 20 July, the CIMIC Tactical Operator Course (CTOC) was held. To this end, the course also included several role-playing games and an intensive practical part held in the villages of Shweit and Aytata that allowed the visitors to put into practice, in a simulated and challenging working environment, the tools for negotiation and the cooperation attitudes previously dealt with from the theoretical point of view. The outcome of this activity in favour of the LAF was extremely satisfactory, consolidating the marked interest of the Lebanese authorities in the collaboration with the Italian Armed Forces and fully confirming the validity of the mission and the training project. 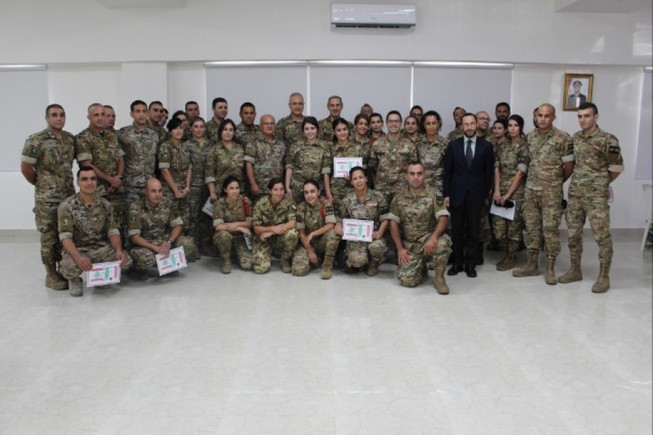