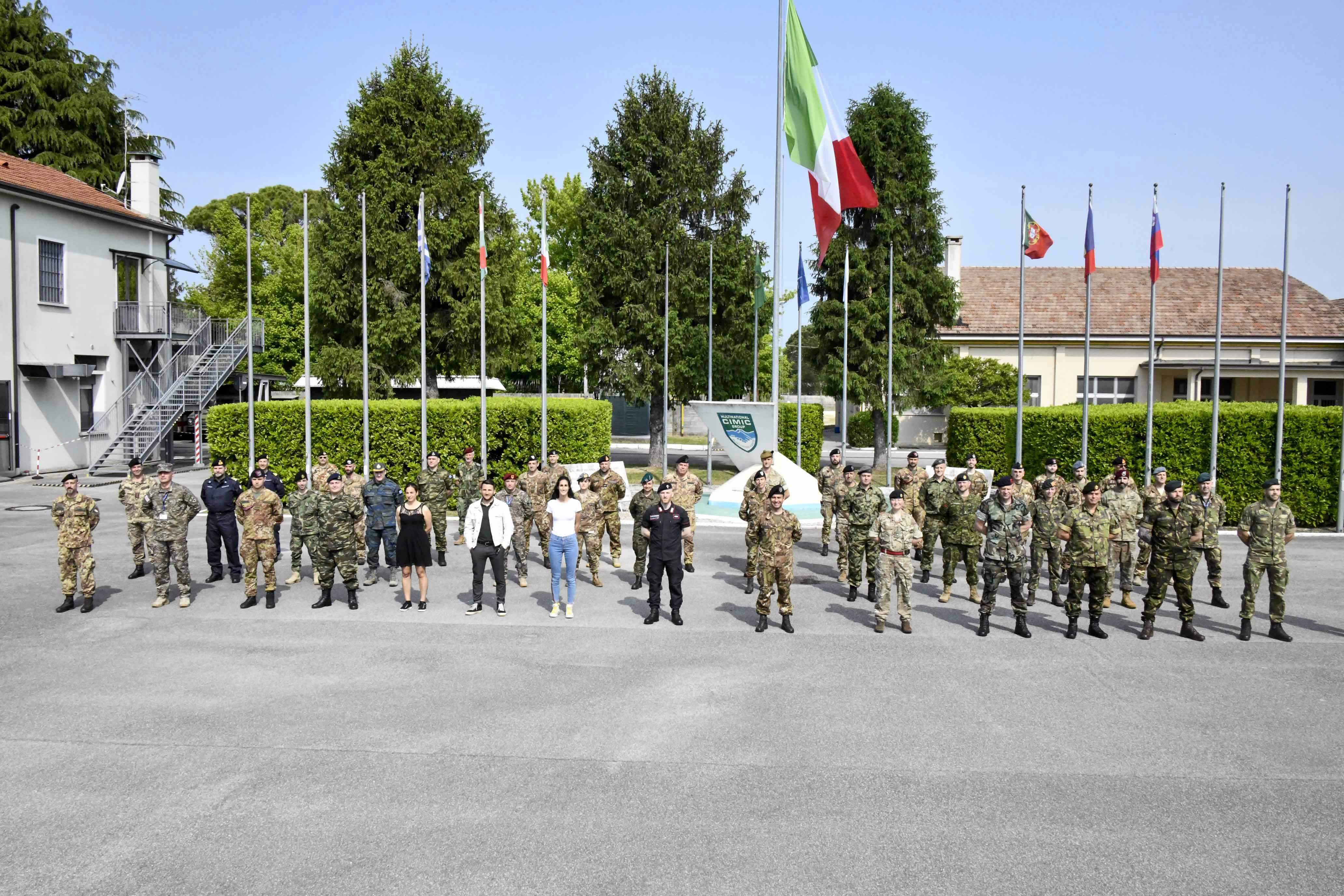 New specialists have been qualified in Motta di Livenza. More than 50% of them coming from different parts of the world

Motta di Livenza, 27th May, 2022.
From 16th to 27th May 2022, the Multinational CIMIC Group (MNCG), the joint and combined unit specialized in civil-military cooperation, organized and conducted the NATO CIMIC Field and Staff Worker courses (NCFSWC).
This year editions of the NCFSWC have been particularly important because of the highest presence, since the establishment of the unit, of international attendees coming from different parts of the world. Nonetheless and notably this extraordinary result has been achieved in the twenty anniversary since the MNCG constitution.
The two courses held simultaneously enabled 44 participants, from both the civil environment and the Armed Forces, to learn how to plan and conduct CIMIC activities in modern operational scenarios.
The course, based on an in-depth analysis of the professional profile, objectives and responsibilities of the CIMIC Field/Staff worker, includes an initial common week, characterized by the explanation of the NATO doctrine, the learning of typical aspects of the civil environment, the development of communication and negotiation skills, the understanding of the importance of empathic communication and the sharing of field experiences and intercultural skills. Several Guest Speakers from both the civil and military institutions facilitated the learning sharing. Of note to be mentioned Mrs. Susan Hodgson, Head of Humanitarian Supply Chain of Save the Children, Mrs. Federica Nogarotto working with Medicine Sans Frontier, Mrs. Zein Tayyeb, Civil-Military Coordination Officer of the United Nations Office for the Coordination of Human Affairs, Mrs. Viviana De Annuntiis from the Liaison Section of the J9 Branch of the JFCNP and Mrs. Marianna Tonutti from SHAPE J9. In addition to the Guest Speakers, a pool of foreign instructors coming from Canada, Greece, United States and United Kingdom provided an invaluable support to the course development.
During the second week the course was divided into two parts: one dedicated to the operators on the ground (Field Class), whereas the other dedicated to personnel assigned to work within a J/G 9 staff (Staff Class) and they were engaged on role plays and practical simulations with progressive difficulty. The activity, based on a complex crisis of a failed state, involved political religious and cultural associations’ representatives, coming from the Marca Trevigiana, as actors and role players in order to have an educational output closer to the reality of operational uses.
MNCG has improved, during last years, the quality standards of training activities, with the aim to continue being a valid and efficient center of expertise, and formation as well, within the Atlantic Alliance for the civil-military cooperation function. 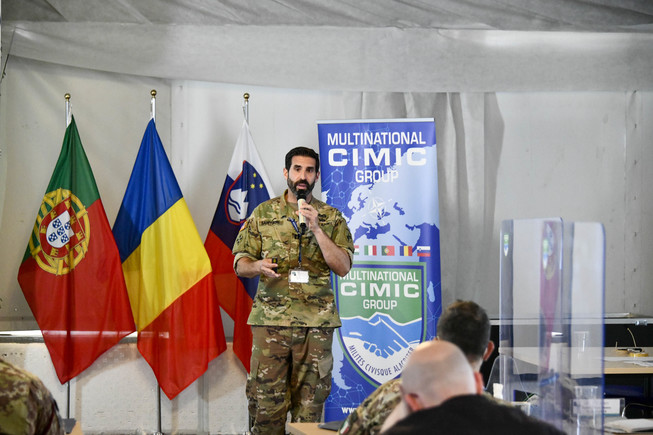 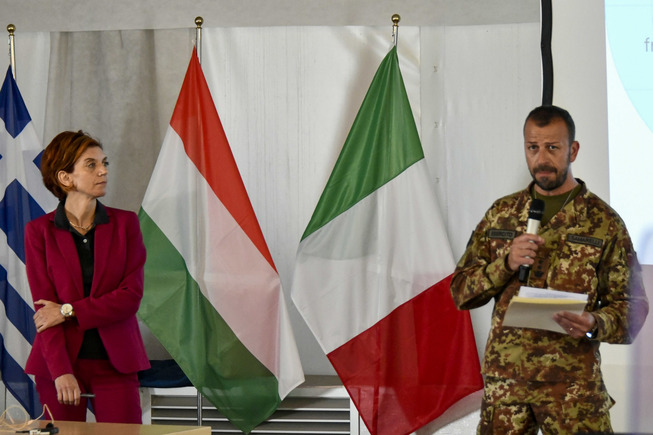 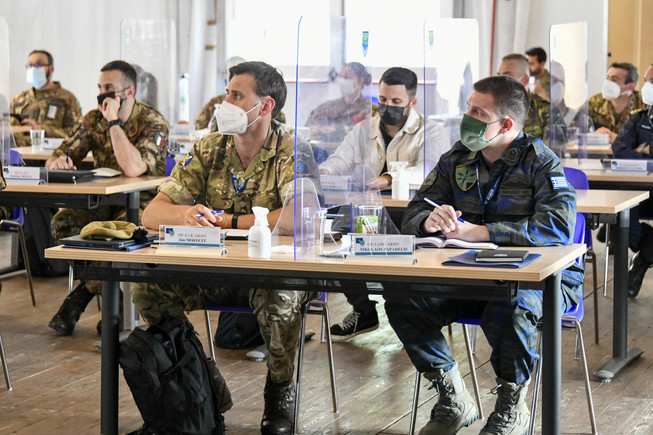 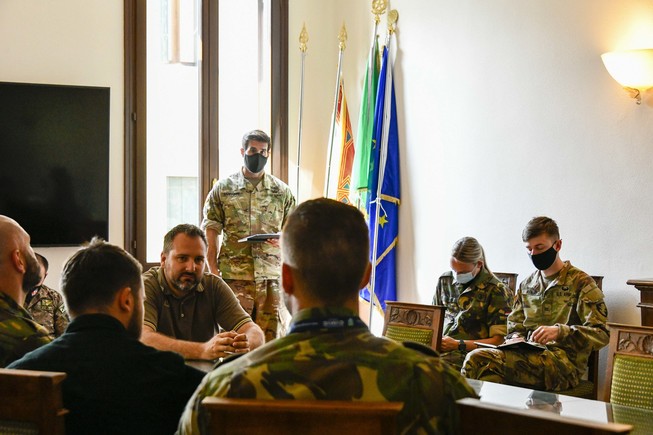 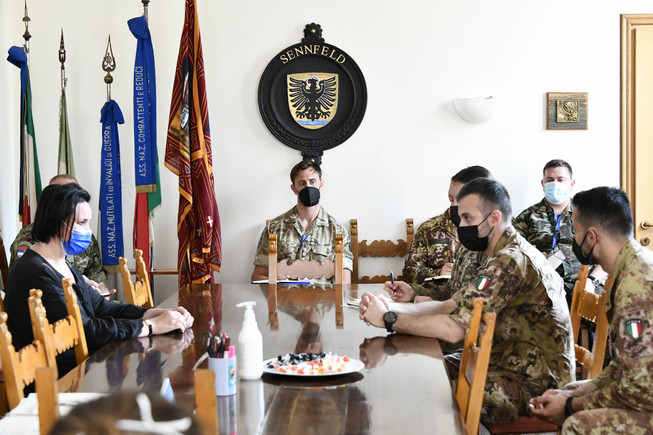 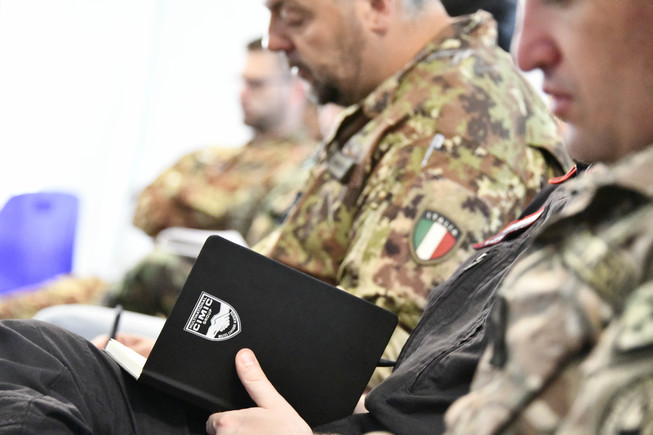 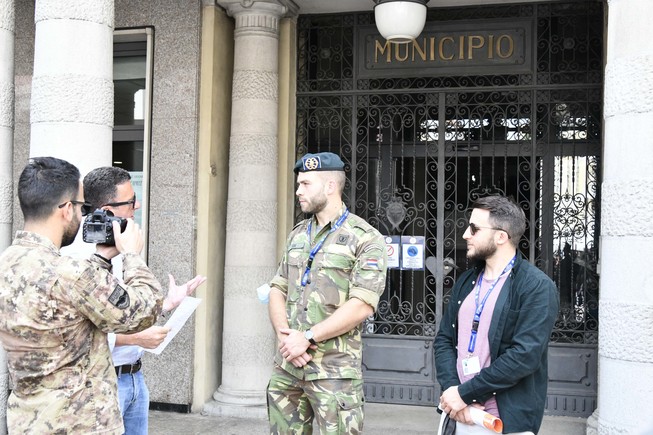 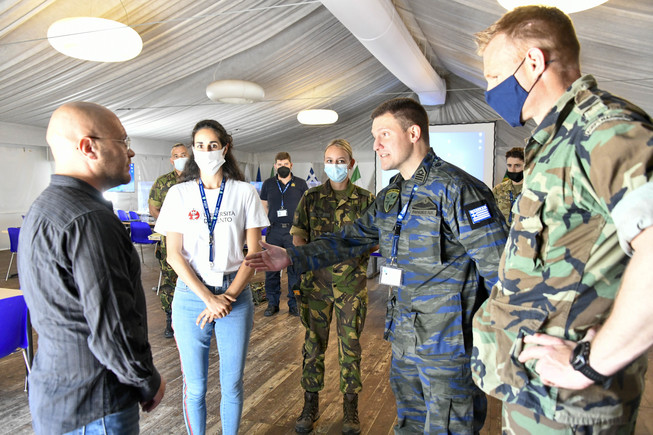 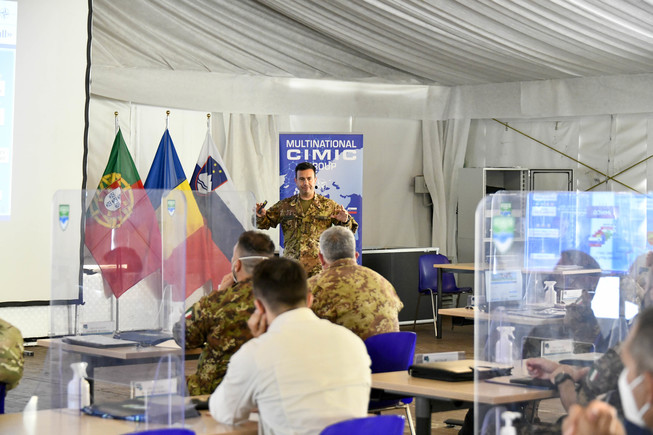 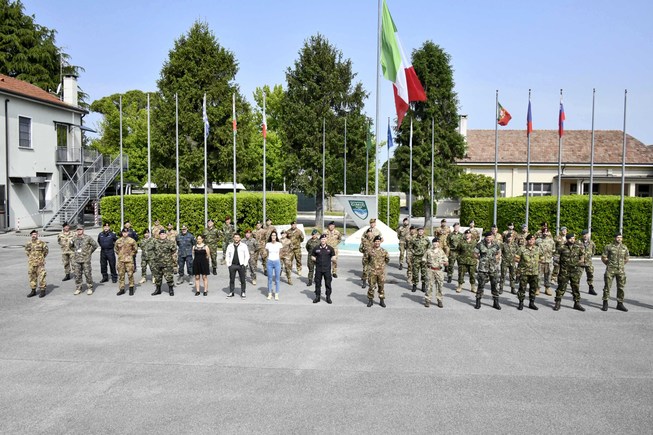 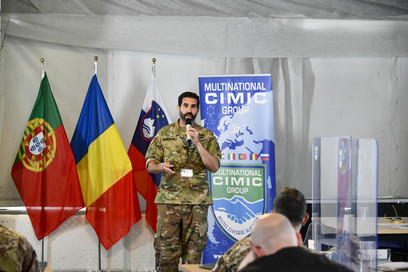 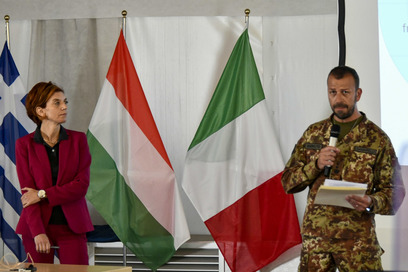 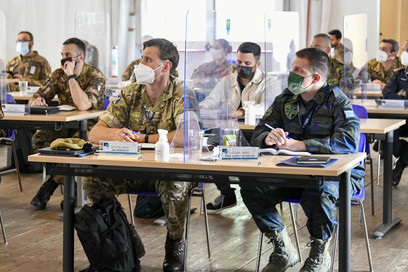 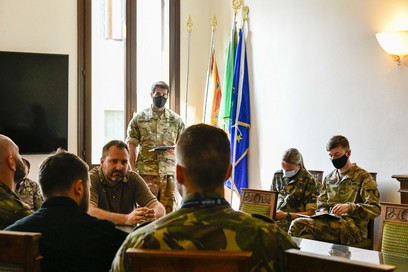 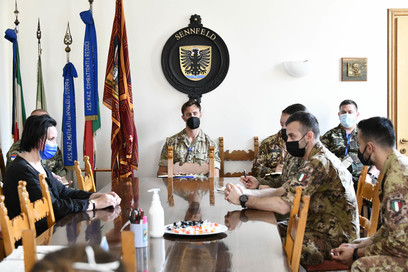 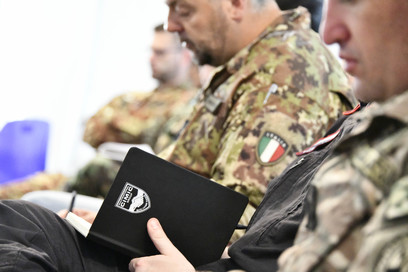 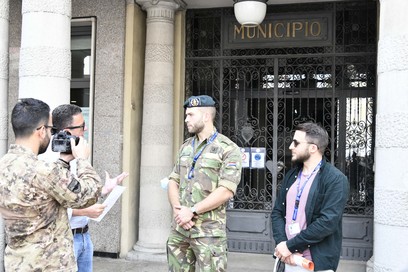 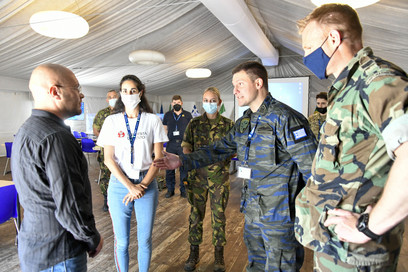 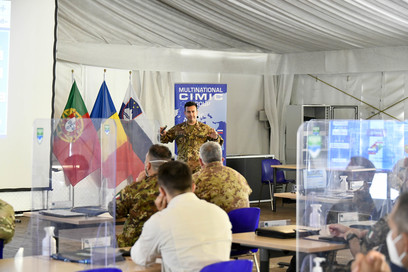 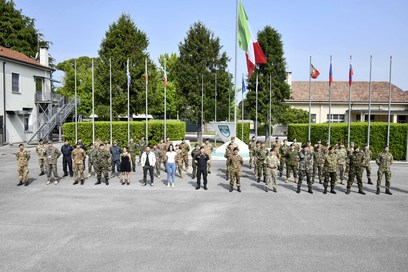