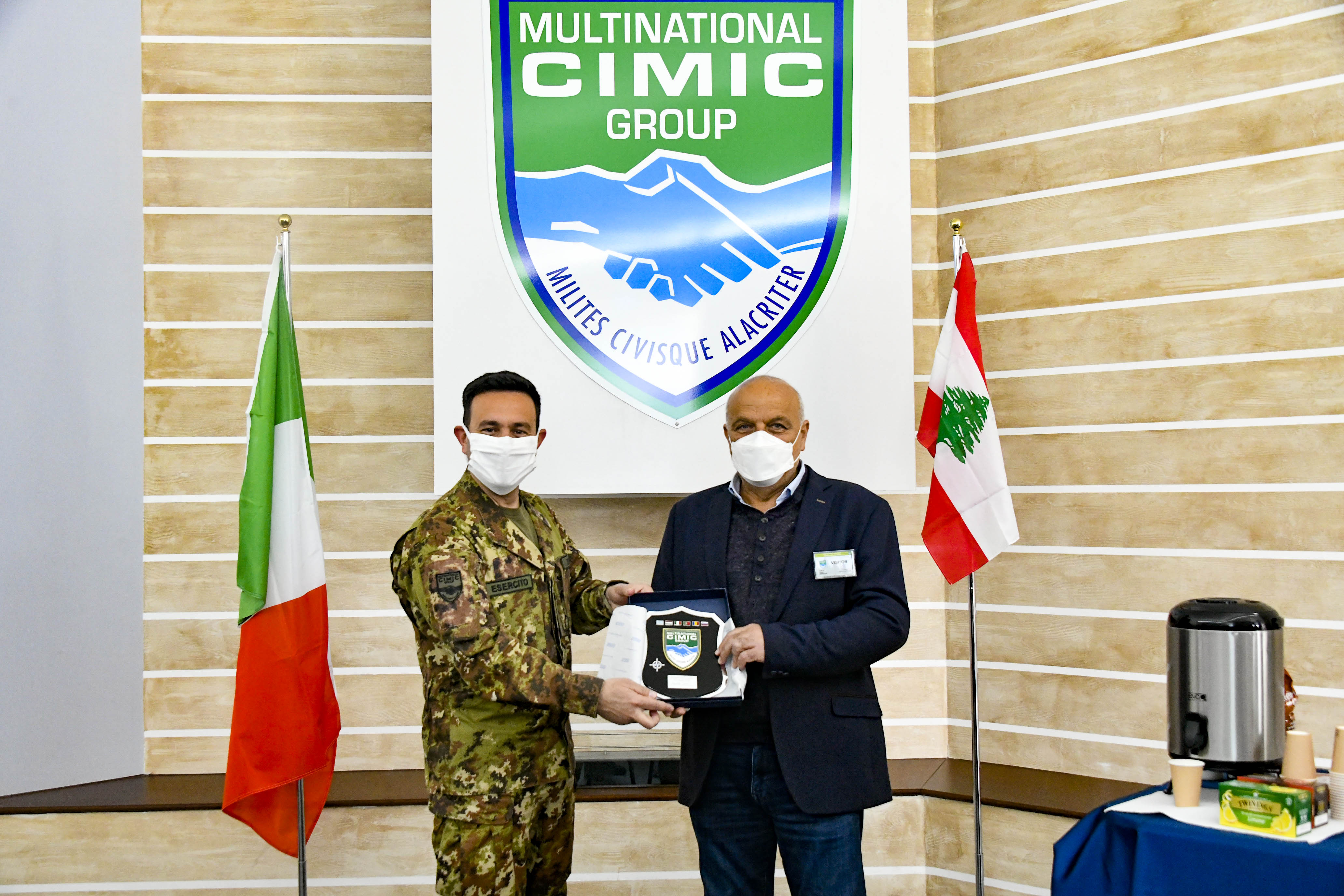 The Mayor of Tyre, and some representatives of the municipality, paid a visit to Mario Fiore Barracks

Motta di Livenza, April 06th, 2022.
On 6 April 2022, the Mayor of Tyre, Engineer Hassan Dbouk, together with a delegation of city representatives, paid a visit to "Mario Fiore" Barracks in Motta di Livenza, Multinational CIMIC Group (MNCG) headquarters.
The visit stems from an initiative of the Defense Information Studies Research Institute (ISTRID), represented by Dr. Roberto Faccani, with whom the MNCG has collaborated several times in the past for the implementation of civil-military cooperation projects.
The relationship between the city of Tyre and the MNCG operators is a bond that has solidified over time as a result of the constant and historical ties born between the collaboration of the civil-military cooperation cell of UNIFIL - Sector West, and the representatives of the municipality. Quick Impact Projects, civil-military liaison activities, support to the local population, are some of the functions that the Motta di Livenza’s operators carry out every day in close coordination with the inhabitants of Tyre and the local authorities.
The visit represents, in fact, a tribute from the Mayor to MNCG and a pride of the unit to host the delegation, in making effective and valid an increasingly intense relationship that has seen an increase in terms of collaborations and supports over the years.
The delegation, welcomed by the Multinational CIMIC Group Commander, Colonel Mattia Zuzzi, and by the Mayors of Oderzo and Motta di Livenza as well, received a briefing on all the international commitments of the Regiment. The Lebanese representatives then had the opportunity to visit the infrastructure and meet the personnel specialized in civil-military cooperation from all the Armed Forces .
"Thanks for your support. The city of Tyre is strongly linked to UNIFIL and to the Multinational CIMIC Group operators with whom we have been cooperating for years to ensure a better future for the new generations ”, commented the Mayor, addressing the operators of the Mario Fiore Barracks.
The visit continued at the Municipality of Motta di Livenza where the delegation met the Mayor of the city, Architect Alessandro Righi, with whom there was an intense exchange of impressions on the respective realities.
In conclusion, Engineer Dbouk proceeded to the ritual signing of the roll of honor in which he renewed his wishes for ever better luck to the MNCG operators. 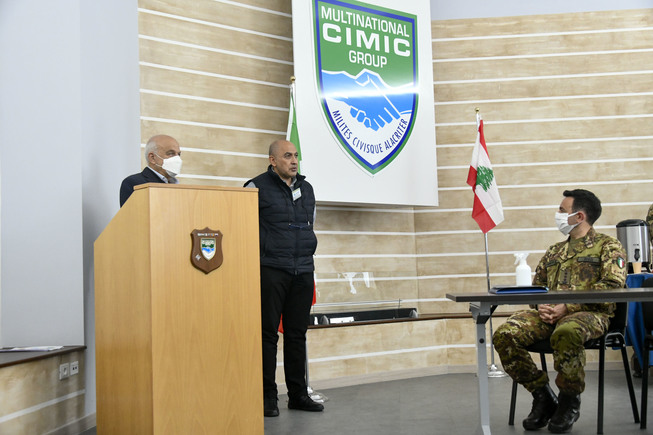 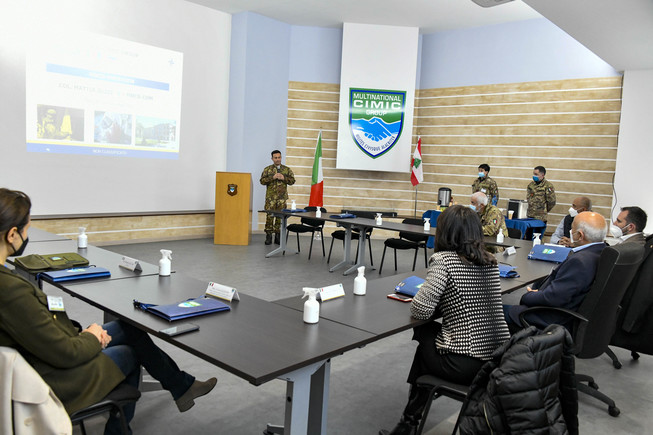 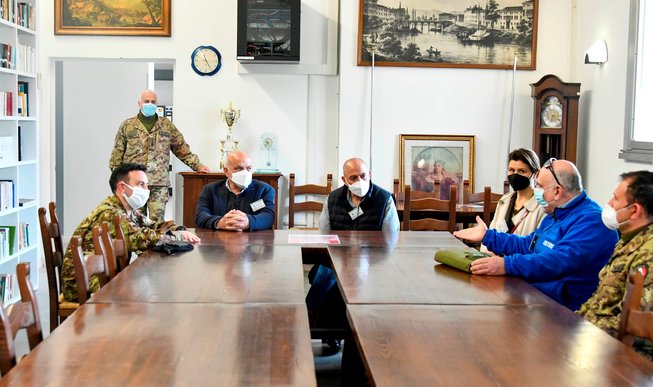 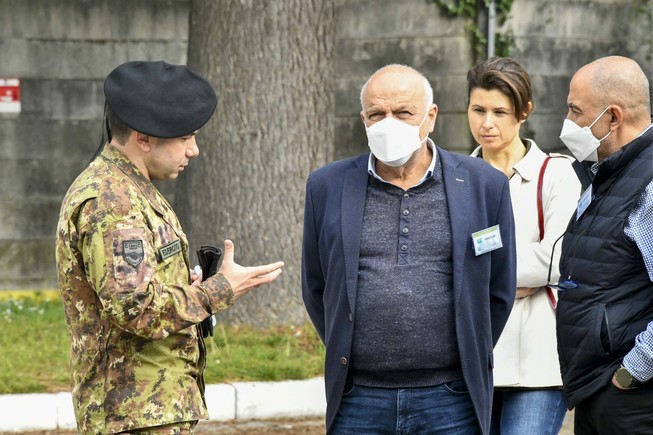 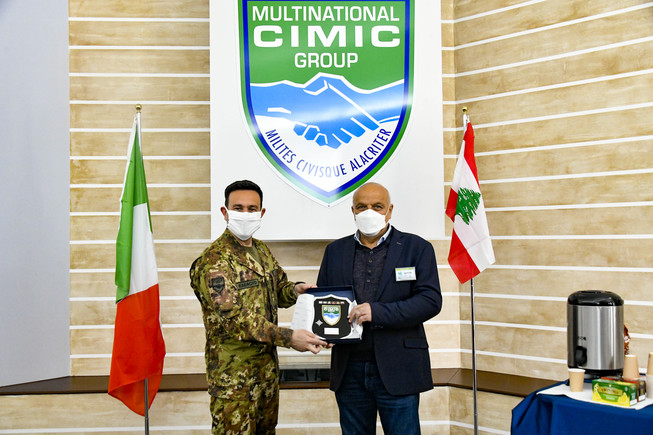 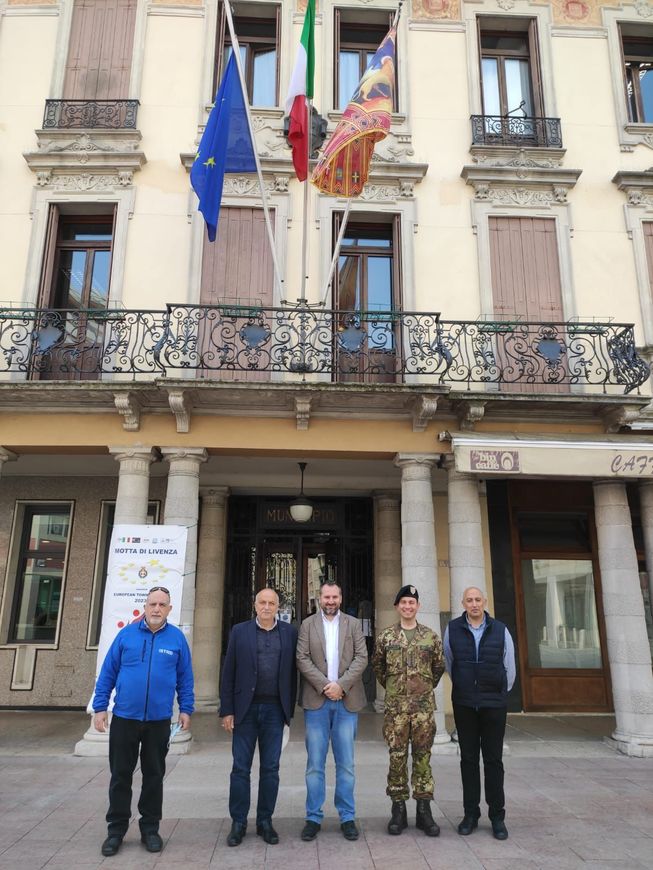 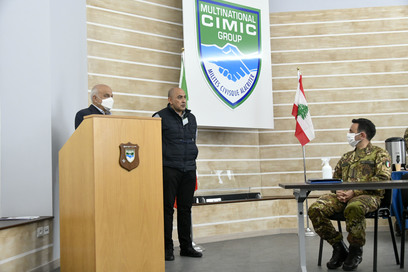 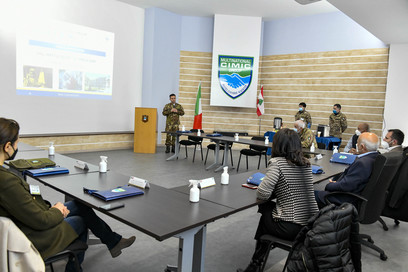 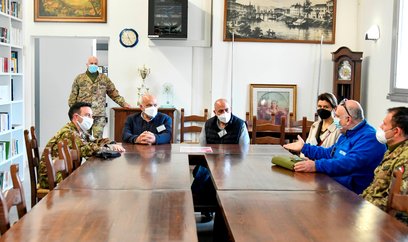 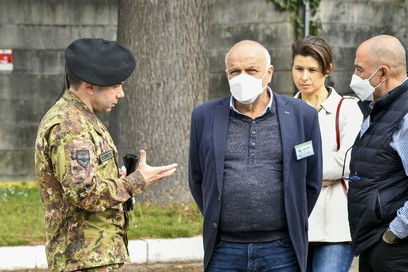 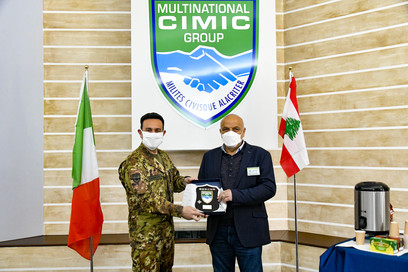 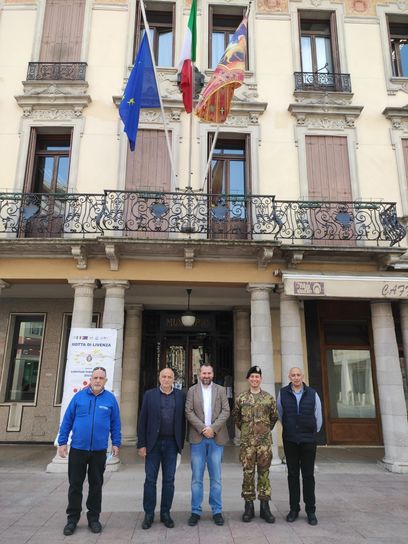