The CIMIC operators remembered their colleague, who died in 2008, with an intense ceremony at the Mario Fiore Barracks

Motta di Livenza, February, 14th, 2022.
On February 14th, 2022, at the Mario Fiore Barracks, the ceremony to remember Lieutenant Giovanni Pezzulo was held in compliance with Covid-19 prescriptions. Pezzulo was a CIMIC operator who died in Afghanistan on February 13th, 2008, following an attack claimed by the Taliban in the locality of Rudbar, 60 kilometers from Kabul.
The flag-raising square of Multinational CIMIC Group Headquarters, where the ceremony was held, actually has been dedicated to the non-commissioned officer, 45 years old at the time of the events,
Family members were present at the ceremony accompanied by the Prefect of Treviso, Mr. Angelo Sidoti, and by the municipalities’ representatives of Oderzo and Motta di Livenza who, together with the Commander, Colonel Mattia Zuzzi, placed a laurel wreath at the monument in memory of the former non-commissioned officer. During the ceremony, the motivation with whom the silver cross of merit of the Army was granted to the Second Lieutenant Pezzulo was read:
"Head of the civil environment asset - Tactical CIMIC Team, in prohibitive weather conditions and extreme discomfort, he contributed in a decisive way, with exceptional generosity and equal altruism, to coordinate and conduct some medical assistance and distribution of basic necessities to the local Afghan population, completely isolated due to heavy snowfall ".
“I met Giovanni. I had the pleasure of working with him and being able to share many professional moments. His presence is alive in the hearts of each of us", commented Colonel Zuzzi, underlining, during his speech, that the memory of those who are no longer there is a dutiful tribute to those who have given their lives for their country. 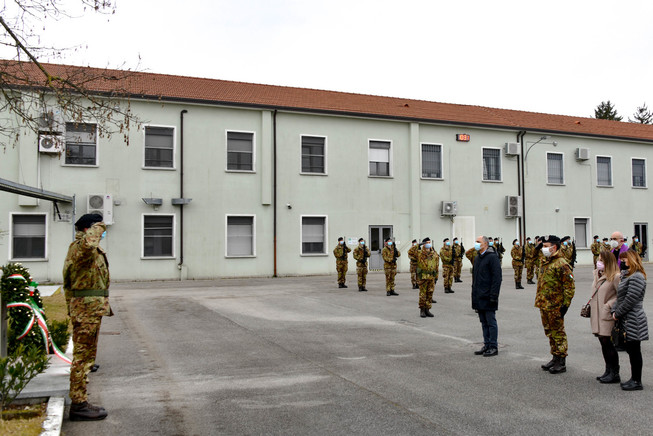 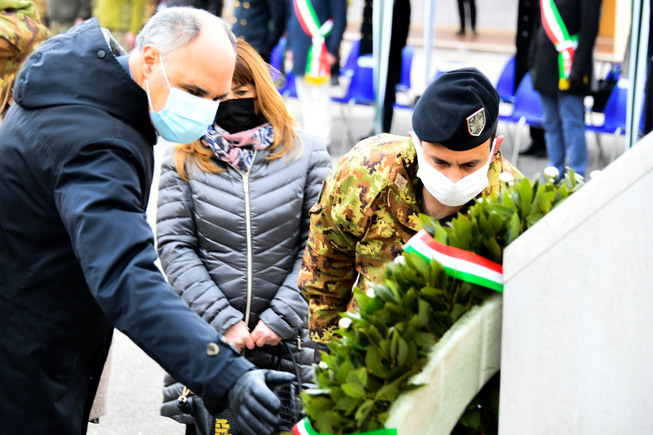